Bill Price is a seasoned trial attorney who focuses his practice on personal injury litigation for people who have been seriously injured or killed. He has experience in the fields of Medical Malpractice, Nursing Home Neglect, Defective Products, Negligence in Construction Sites and Trucking and Auto Accidents. He has tried over 50 civil cases in the areas of negligence, products liability, and wrongful death.

Communication becomes critical in complex actions. When people die or are injured by gas explosions, construction material collapsing, railroad crossing impacts, electrocution, household product explosions and arson; clients must be informed on a routine basis. Further, clients and their families who require future medical care, income replacement or assistance in establishing guardianship will need direct access to their personal injury lawyer, not to a secretary. A client should expect this in these situations.

Bill provides each client with his cell phone number, giving them direct access to answer any questions during the week and even on weekends. He takes great pride in this as most lawyers do not provide this option. While no attorney can guarantee a specific outcome, Bill guarantees constant communication to his clients to keep them well informed about their case.

In addition to receiving the gratitude of his clients, several industry groups have recognized Bill for his abilities and results.

Martindale-Hubbell®, a nationally recognized peer review system, allows other lawyers and judges to rate an attorney, based on his or her legal ability and general ethical standards. Attorney Price’s peers gave him their highest rating, AV® Preeminent™.

Attorney Price is also proud of his Avvo® rating. Avvo is a rating system, which allows colleagues and former clients to review an attorney based on his or her performance. He was given a “Superb 10/10” rating as a result of his years of experience, practice, and qualifications.

Since 2019, Bill has been teaching evidence as an adjunct professor at Akron University Law School. In 2020, Bill was appointed as a Trustee to the Akron Bar Association due to his activity and reputation in both the community and local organizations.

The following settlements and verdicts are just a few of the successful results he has achieved for various clients.

A motorist sustained a crushing injury to his ankle, leaving him permanently disabled for the remainder of his life after a head-on collision with another vehicle.

Gas explosion in Southern Ohio resulting in a father sustaining third-degree burns to his forearms and upper torso, leaving him permanently scarred and emotionally traumatized for life.

A traffic control zone was improperly designed and maintained, which resulted in a motorcyclist sustaining a traumatic brain injury.

$1.1 Million – Motor vehicle accident resulting in the wrongful death of a police officer

The Plaintiff worked as a police officer and was picking up debris in the road when the Defendant, who was driving a truck, hit the Plaintiff and dragged him along the roadway. This resulted in the death of the Plaintiff.

A tree-trimmer died due to a product defect when a fiberglass boom failed in the extended position when the deceased was trimming limbs near a power line.

Our client fell out of a tube at a local water park, resulting in paralysis to the right side of his body.

Our client slipped and fell on a diving board that was not properly maintained, resulting in a torn meniscus and all tendons in the knee. Plaintiff required multiple surgeries.

The Defendant failed to yield at a left turn and hit the Plaintiff, who was riding a motorcycle, head-on. Our Client suffered lacerations to the forehead, road rash, arm and back injuries, and a fractured right leg, which required surgery.

Bill has obtained settlements representing the defendant’s full policy limit for more than 60 of his clients.

**All lawsuits are different and Elk & Elk makes no representation or promises that it can obtain the same results in other cases. These results do not guarantee, warrant, or predict the outcome of any future legal matter. You should consult a personal injury attorney for advice regarding your individual situation.

I was in a work related auto accident. The lawyer I had at the time, decided to stop representing me because of the “sticky” legal laws for work accidents. William J Price didn’t hesitate to jump right in and take over. Never once did I doubt I was in the best possible hands. Phone calls and emails were returned without delay. There were no empty promises made just to keep the client happy, which I know sometimes occurs when seeking counsel. Perhaps the thing that impressed me most about Bill Price was nothing was “sugar coated”. He was very straight forward and told me what to expect each step of the way. I not only recommend attorney Bill Price, but I guarantee once you have used his service you too will look no further!

Bill Price was my accident attorney. He did a wonderful job and kept me informed every step of the way. I have recommended 3 other clients to Bill Price and they were all very satisfied. I would recommend Bill Price to anyone that ask me for an attorney

I worked with Attorney Bill Price and his assistant, Nancy, to resolve my case. They were both professional, personable, and solved my issue quickly. Bill is just a phone call away any time you need to reach him. I would highly recommend both Bill and Nancy.

Bill Price is an excellent lawyer! My sister and I know God sent Bill Price to us when we needed a lawyer to represent us in a neglectful nursing home case involving our father. He was compassionate and caring. We had never hired a lawyer before so this was very emotional for us. Bill was aggressive and settled our case VERY professional! We can still call him and he returns our call quickly. We will always remember the kindness he showed us through every step of our case about our dad!

My son suffered a devastating injury to his knee. Fighting for damages for his injury was a long battle, but Attorney Bill Price and Elk & Elk were nothing short of amazing throughout the whole process. The case took a while to settle, and through it all, Mr. Price was ALWAYS there to listen to us. There were times of laughter, times of tears, but what sticks with us is Mr. Price and Elk & Elk never gave in or gave up! In fact, over the years Mr. Price has become more than an attorney to our family, he has become a friend. Even after the case was settled, (a little over 2 years ago) Mr. Price still calls to check on my son and to see how he is doing. THAT is the kind, caring, serious attitude you can expect from not only Mr. Price but the entire team at Elk & Elk! Link to Review

Bill Price…a great attorney and a good friend My son (11 at the time) & I were involved in an accident at home involving an item that was subsequently pulled from the market after causing injury, burns, and explosions to us and several others in the US. We both sustained severe burns from the faulty product…my son was burned on 20-25% of his body, thankfully his back, legs, and arms; and the skin on my entire right hand was burned. Both of us had 3rd-degree burns. Both of us required skins grafts, spent three weeks in the burn unit of a hospital, spent countless time in physical therapy. We both had to wear garments to cover our burns for protection and to help the healing process. In my case, I wore a fitted glove 23 hours a day for 15 months. My son’s scars are disfiguring and were not allowed to be exposed to sun for several summers. Our medical staff was excellent, but we both have scarring that will never go away. These reasons led us to file a lawsuit… Link to Full Review

William Price shows support I was involved in a car accident on May 25th, 2013, when a 17-year-old ran a red light and T-boned my car, totaling it, as airbags front and side deployed. When the officer arrived and took statements she said her light was green, and I 100% knew mine was green. As a result, the officer did not sight anyone and the battle began. My car was totaled, I lost my 500 $ deductible, and suffered a fractured wrist and severe contusions on my arms. My insurance covered most of the medical bills and loss of car but I occurred over 2-3 thousand dollars additionally. I met with Bill to review the case and he supported me in having enough evidence to move forward with a suit against this young lady. It was a very long drawn out process ( 18 months long) but we collected witness statements and it was finally settled after arbitration with lawyers and her insurance company accepting, she was clearly at fault. I can tell you that I was a basket case at times and it was very emotional with tears welling up many times. Bill was very patient with me and met me several times to prepare for the deposition. I settled for what I thought was a fair amount of 23,000 dollars. He was a rock and offered me great support to get me mentally prepared for this. I ‘am so grateful to him and I’m happy that I pursued this as it shows young citizen you can’t lie and get away with it. The truth will come out in the end. Drive safe. Link to Review

October 15, 2018
Can your prior health history strengthen your personal injury case?

August 20, 2018
Two important ideas to keep in mind when answering questions in a deposition.

April 23, 2018
How your medical records can influence the compensation you receive after an accident.

April 9, 2018
Beat the insurance company at their own game: giving your statement after the accident.

March 21, 2018
One simple way to strengthen your claim for lost wages.

January 4, 2018
Why won’t the insurance adjuster call me back?

December 20, 2017
How to avoid gaps in your treatment after an injury.

December 11, 2017
4 things you need to know about contingency fees.

August 24, 2017
3 Questions to ask before hiring a personal injury lawyer.

June 8, 2017
How to document your recovery after a car crash.

February 23, 2017
Why isn’t the insurance carrier using new parts on my car? 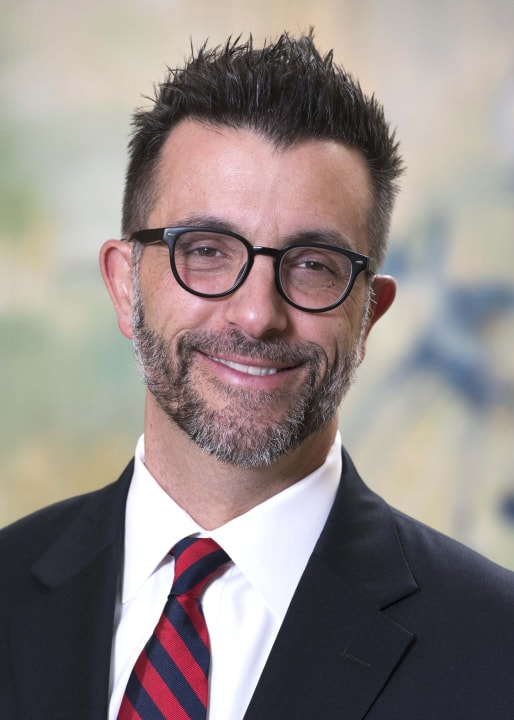