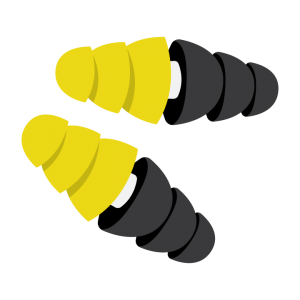 June 20, 2021 – 3M loses third trial in huge military earplug mass tort: “A federal jury found that 3M Co failed to provide adequate safety warnings for its combat earplugs and that a U.S. Army veteran who said he developed tinnitus after using them sustained $1.7 million in damages, the second such verdict against the company.”

April 30, 2021 – 3M hit with $6 mln punitive damages by U.S. jury in first combat earplug trial: “3M Co was found liable on Friday for hearing damage suffered by three U.S. military veterans. The jury awarded each of the plaintiffs $2.1 million in punitive damages and a total of $830,500 in compensatory damages for their medical expenses, lost earnings and pain and suffering.”

Did you suffer hearing loss after serving in the U.S. Military?

3M, the public company that sold earplugs to the U.S. Military between 2002 and 2016, put our nation’s heroes at risk of suffering unnecessary hearing loss or other severe impairments.

The standard-issue 3M Dual-Ended Combat Arms™ Earplugs (CAEv2) were green on one side and yellow on the other. They were designed to offer varying levels of protection to military service members depending on which side was used – one providing complete hearing protection, and the other allowing the wearer to hear low-level sounds like commands or approaching threats.

This type of protection is critical for our soldiers, who need to be constantly aware of their surroundings while facing exposure to dangerous noise levels from gunfire, aircraft, machinery, and explosions. Since the earplugs were standard issue and supposedly passed all required testing, military members at all levels were under the impression they were safe to use in training and combat.

However, 3M employees allegedly knew the earplugs didn’t work as intended as early as 2000 and test results were falsified so the products appeared to meet the military’s standards. The earplugs didn’t always fit correctly or maintain a tight seal, allowing dangerously loud noises to slip through without the wearer realizing they were at risk.

3M agreed to pay a $9.1 million settlement to the U.S. Government over claims it knowingly sold defective earplugs to the military. This was a step in the right direction, but the company still needs to be held accountable for permanently disabling thousands of veterans.

If you served in the U.S. Military between 2003 and 2015, 3M’s defective combat earplugs may have played a role in the following long-term, life-altering injuries:

Veterans who suffered hearing-related injuries after serving between 2003 and 2015 may have a case against the earplug manufacturer, 3M – a public company. Learn about your legal options today. Call 1-800-ELK-OHIO or fill out an online contact form for a free review of your claim.