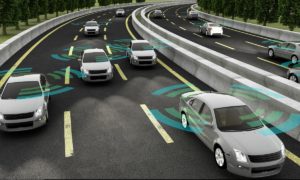 On March 23, a man who was driving a Tesla Model-X sport utility vehicle was killed in California. The semiautonomous Autopilot feature was on during the crash.

This accident raises more questions about the safety of self-driving technology.

In another recent accident, a self-driving Uber vehicle struck and killed a pedestrian who was crossing the road in Tempe, Arizona. Experts say the safety features should have prevented the accident.

Doubts about the company have sent Tesla stocks tumbling, and analysts are doubtful that the company can meet its goals.