When is it safe to pass a school bus in Ohio?

Being stuck behind a school bus while rushing to work can be frustrating, but school bus safety is more important than shaving a few minutes off your commute time.

From 2008 to 2017, there were 1,241 people of all ages killed in school transportation-related crashes—an average of 124 fatalities per year. Bus drivers, pedestrians, cyclists and other drivers on the road, all must obey bus safety rules. In Ohio, drivers must stop at least 10 feet away from a stopped school bus to allow passengers to safely enter or exit the bus. 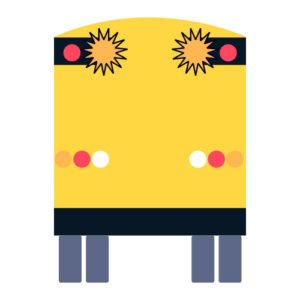 Amber (yellow) flashing lights at the top of the bus indicate the bus is preparing to stop to load or unload children. Although you are not required to stop when the amber lights are flashing, you should be prepared to stop as soon as the bus comes to a full stop. 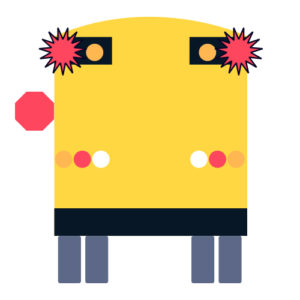 When the bus stops, red lights on the top of the bus will begin flashing, signaling drivers that children are entering or exiting the bus and may be crossing the street. In addition, a stop arm with flashing red lights extends out on the left side of the bus. Stop and wait until the red lights stop flashing, the extended stop sign is withdrawn and the bus begins moving before starting to drive again.

When to stop for a school bus in Ohio

On a road with fewer than four lanes, all traffic approaching a stopped school bus from either direction must stop at least 10 feet from the front or rear of the bus and remain stopped until the bus begins to move or the bus driver signals motorists to proceed. 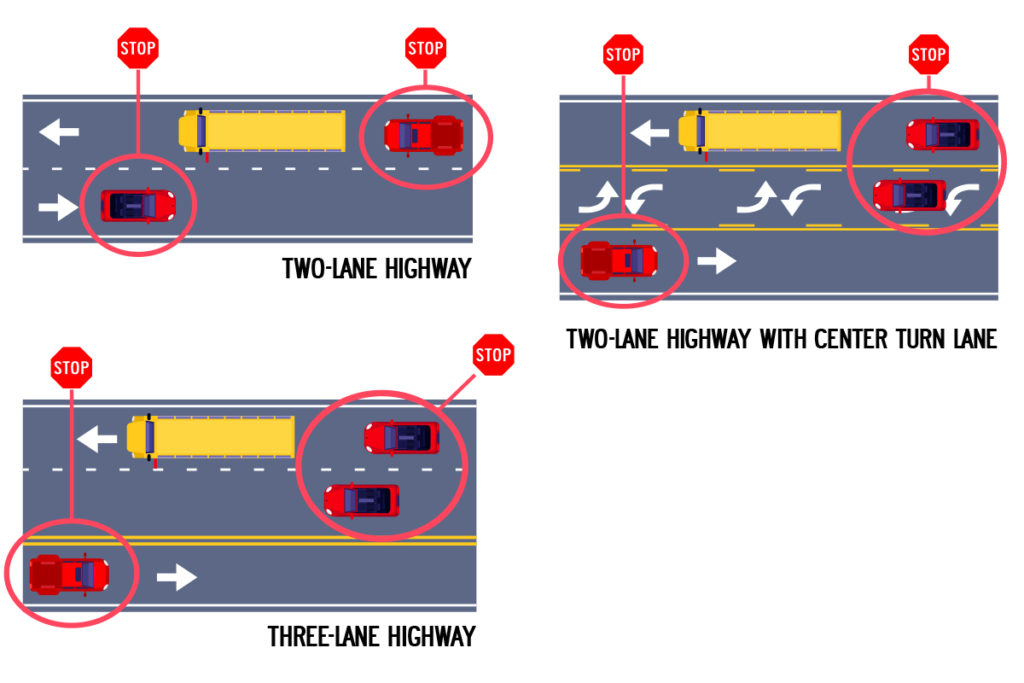 If the bus is stopped on a street with four or more lanes, only traffic proceeding in the same direction as the bus must stop.

Failure to stop for a school bus adds 2 points to your license in Ohio and is punishable by fines up to $500. You must appear in court and the judge has the discretion to suspend your driver’s license for up to one year. A driver who injures a pedestrian while failing to comply with school bus safety laws can face both criminal charges and civil liability. Those liabilities can include the victim’s medical expenses, lost wages, rehabilitation, and non-economic damages, such as pain and suffering. Contact Elk & Elk for more information.