The alarming rise in pedestrian accidents 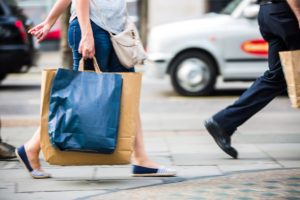 The damage that can be caused to a pedestrian in an accident involving a motor vehicle is a reality that we, as attorneys, have seen firsthand and all too often in working with our clients. Even at very low speeds these accidents change lives irrevocably, both for the person injured as well as their families. If you were injured in a pedestrian accident, contact our experienced Ohio pedestrian accident lawyers today.

Since 2006, traffic related fatalities across the United States have dropped overall by 14 percent in every category except one. That exception is pedestrian fatalities which not only haven’t decreased, but have instead increased by 27%. This sobering news comes courtesy of the Governor’s Highway Safety Association’s 2017 Spotlight on Highway Safety study of pedestrian related accidents, which you can find here.

The National Transportation Safety Board (NTSB) has also identified traffic-related pedestrian fatalities as a serious issue, and in September of 2018 they released recommendations for safety improvements for vehicles to help combat the issue. These recommendations include items such as better pedestrian detection systems and improvements to headlights.

Perhaps the quintessential example of the issue came in the spring of 2018, when the first ever recorded fatality associated with driverless vehicle technology was an accident involving a pedestrian in Arizona. The vehicle involved was owned by Uber and part of a program testing the feasibility of driverless vehicles for the company. The death of the Tempe, Arizona pedestrian immediately led to the indefinite delay of further testing by Uber. 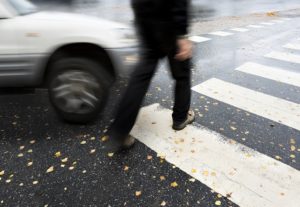 Do pedestrians always have the right of way?

We represent all kinds of clients in cases involving traffic-related injuries, and we’ve had decades of combined experience tackling the tough questions involved in those kinds of cases. One of the central questions in any traffic accident case is the question of fault, and the answer is rarely one that’s both easy to identify and prove. This remains true even in pedestrian accidents.

It’s not only wrong to assume the popular, but often incorrect, adage that the pedestrian always has the right of way. It’s dangerous.

However, the laws governing pedestrian rules are not always completely clear. For example, in a state like Ohio that has rewritten some pedestrian rules over the past decade, there are situations where a pedestrian crossing in a crosswalk, even during a Walk signal, has the right of way, and there are other times when they do not.

Why are pedestrian accidents on the rise?

The GHSA study on Pedestrian Traffic Fatalities doesn’t project a single, specific, data-informed reason for the increase in traffic accidents involving pedestrians, but it does note a few possible influences.

Increase in Total Miles Driven — The simplest way of thinking about this is that there are more cars on the road driving more miles across the country. The more cars you have, the greater the potential for accidents. In 2017 the Federal Highway Administration reported a new record for total miles driven by automobiles in the United States, putting the number at a staggering 3.2 trillion miles! However, this doesn’t explain everything when you consider that despite this increase, most other accident fatalities have been on the decline.

A painful and costly trend

There’s no easy solution to the issue of rising pedestrian fatalities, and no easy problem to blame. Certainly there are some things that drivers, pedestrians and lawmakers each can and should do to mitigate this growing trend, but that change is may be slow to come. Even in the cases where fault lies clearly with the pedestrian, the punishment for jaywalking or a moment’s bad decision shouldn’t be paralysis or death. It’s tragic for the many different people who suffer in so many different ways for each and every one of the more than 6,000 fatal accidents.

We have seen the real-world consequences of this trend, watched the grief of families who have lost a loved one, and we have done whatever we can to help them.