May is National Bike Month, a chance to showcase the many benefits of bicycling—and encourage more folks to give biking a try. It’s also a great time to promote safe motorist and bicyclist behavior. 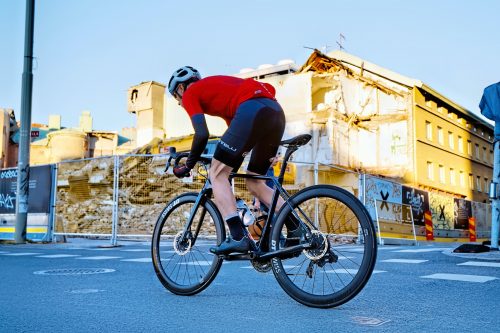 It’s important for bikers and motorists to safely share the road.

To nobody’s surprise, when a crash occurs between a vehicle and a bike, the cyclist is most likely to be injured. In the United States, the number of traffic crashes involving a bicyclist or pedestrian has increased since 2009. In 2019, 846 bicyclists were killed in traffic crashes.

There are three categories of issues that contribute to traffic crashes involving bicyclists and pedestrians:

By law, bicycles on the roadway are vehicles with the same rights and responsibilities as motorized vehicles. Thus, it’s important for drivers and bicyclists to follow important safety tips.

People on bicycles have the same rights and responsibilities as people behind the wheel of a vehicle.

Were you injured in a bike accident? Contact the experienced Columbus bicycle accident lawyers at Elk & Elk today for a free consultation. Call 1-800-ELK-OHIO or click here.