The Most Dangerous Intersections in Dayton

As part of our larger study of intersection related crashes, we also identified areas where drivers and road users may be at higher risk of a crash or injury in each major Ohio city.

Our Ohio personal injury lawyers and the data analyzation team at 1Point21 Interactive analyzed six years of crash data to find the most dangerous intersections, along with high-risk crash zones, in Dayton, Ohio. 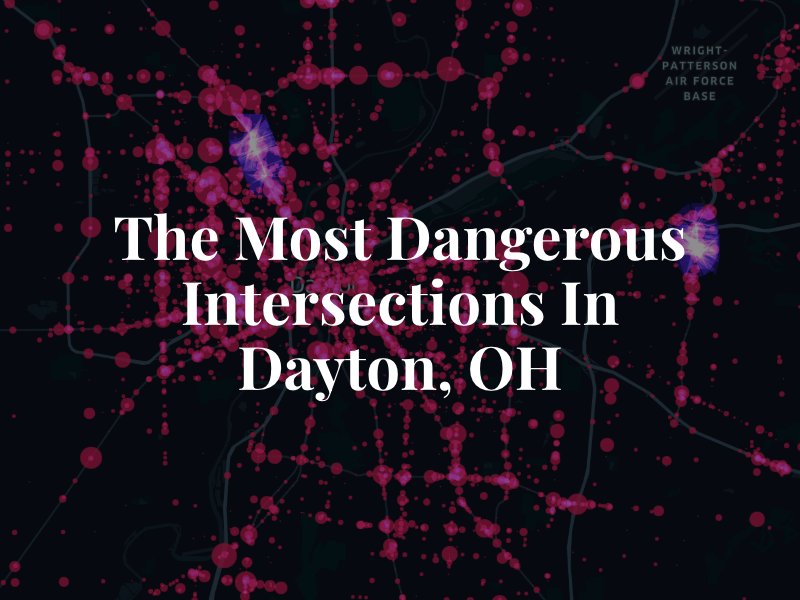 The result is our list of the most dangerous intersections and zones in Dayton from 2014 to 2019.

The 25 Most Dangerous Intersections in Dayton, Ohio

The following table lists the top 25 most dangerous intersections in Dayton. In all, these 25 intersections accounted for 638 crashes, 421 minor/moderate injuries, 74 serious injuries, and 6 fatalities.

The Most Dangerous Intersection in Dayton

According to our study, the most dangerous intersection in Dayton is located west of Downtown, at the junction of James H. McGee Boulevard & 3rd Street. This intersection was home to 50 crashes, 32 minor/moderate injuries, and 13 serious injuries.

Other notable intersections include:

Additionally, our analysis found a couple of streets that were not only home to multiple dangerous intersections, but all of these intersections occurred in a short stretch of the road:

Interestingly, both streets are north-south roads that run parallel nearly next to each other – they are separated by one block. It may be worth investigating why both streets are encountering so many dangerous intersections.

Dayton vs. Other Ohio Cities

In our statewide study of the most dangerous intersections in Ohio, Dayton was quite prevalent in our list, home to 5 of the top-50 in our list. This was tied with Toledo and second only to Columbus, which was the location for nearly half of the 50 intersections in the list.

This may be somewhat of a concern to Dayton residents, especially when population is taken into consideration: Dayton had the same number of dangerous intersections in the top-50 as Toledo, a city that has twice as many residents. Additionally, it had considerably more than Cleveland (who had 1 intersection) and Cincinnati (which had zero) – both of which have populations two to three times as large as Dayton’s. 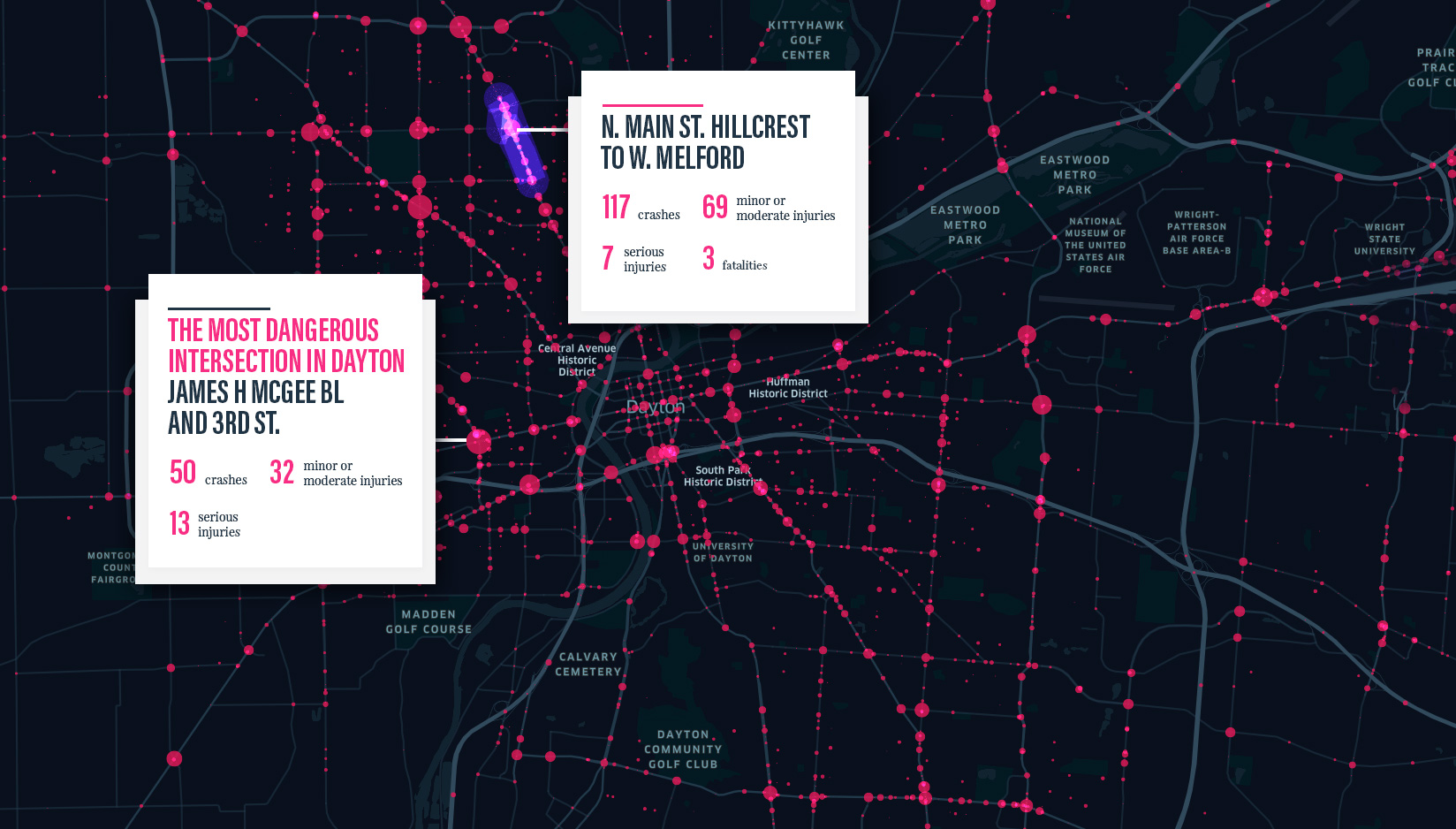 Our study also identified areas where a high volume of intersection related collisions occur in close proximity to one another.

The most dangerous zone in Dayton exists on Main Street, directly bordering North Riverdale and Hillcrest. This zone, a stretch of Main that totals less than a mile, accounts for 117 crashes, 69 minor/moderate injuries, 7 serious injuries, and 3 fatalities.

This stretch of Main Street is not excessively wide, nor is it too fast – the speed limit is a steady 35 mph. However, there is a distinct lack of signage and traffic signals across this part of Main Street. This can greatly impact driver safety, especially in an area where vehicles are consistently pulling into the main road off smaller side streets. Additionally, a lack of crosswalks can be incredibly dangerous as well.

Perhaps one major reason for Dayton’s dangerous intersections is due to its geographic location and renown as a major shipping hub. In terms of retail, distribution, and supply chain management, Dayton is considered one of two major centroid cities in the United States – it is located within 500 miles of 60% of the US population and manufacturing capacity. As a result, major manufacturing and retail companies have set warehouses at Dayton for the most efficient logistics.

As a result, Dayton sees daily ridership on its roadways and highways that is entirely uncharacteristic of its population size. Its city limits include the I-70 to I-75 interchange, one of the busiest in the nation. It is estimated that at least 154,000 vehicles pass through this section every day – and as many as 35% of the are trucks hauling goods throughout the country. This significant increase in highway traffic may have a trickle-down effect, impacting local traffic as well – and thereby increasing the chances of car accidents at intersections.