The Most Dangerous Intersections in Toledo

What are the most dangerous intersections in Toledo?

As part of our larger, state-wide intersection collision study, we aimed to find out.

With the help of data visualization agency 1Point21 Interactive, we analyzed six years of Ohio collision data to get a closer, city-centric look at where car accidents were occurring the most on Toledo’s streets.

Additionally, we conducted a geospatial analysis to pinpoint zones of high crash volume – clusters of intersection within close proximity to each other with a high incidence of injury accidents. 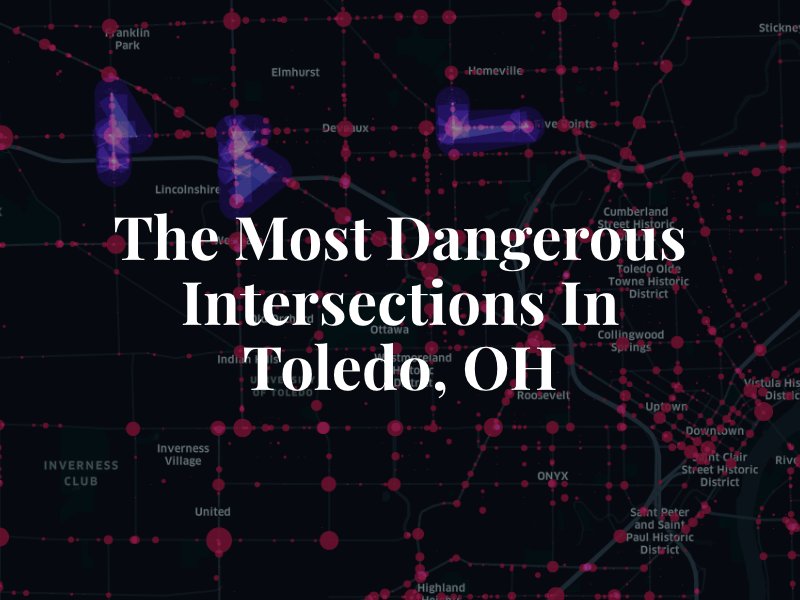 The result is a comprehensive list of the most dangerous intersections and zones in Toledo from 2014 to 2019. These top 25 intersections accounted for 940 total crashes, leading to 440 minor/moderate injuries, 86 serious injuries, and 2 fatalities.

The 25 Most Dangerous Intersections in Toledo, Ohio

Toledo vs. Other Ohio Cities

When compared to other cities, Toledo has a concerning share of dangerous intersections: in our statewide study, Toledo had five intersections land in the top-50 – higher than both Cleveland (1) and Cincinnati (0), and second only to Columbus.

Further, two of the 5 intersections rank significantly higher than the single intersection in Cleveland in Danger Index.

The Most Dangerous Intersections in Toledo

The most dangerous intersection in Toledo is at the junction of Airport Highway & Byrne Road. Located north of the University of Toledo Medical Center, this intersection had 78 crashes leading to 36 minor/moderate injuries and 9 serious injuries.

Although this intersection requires further investigation into why exactly there are so many accidents happening, a bigger cause for concern is the stretch of Byrne Road here: the top 3 intersections in Toledo not only all occur on Byrne Road, but they occur in just a short 1.5-mile stretch of the street.

Altogether, these five intersections account for nearly a third of all crashes and injuries in our top 25 list. This indicates there may be a greater problem with the neighborhood, rather than individual intersections – and further investigation is highly recommended to determine why there is such a high concentration of injury crashes at the intersections in this neighborhood.

When intersection-related crash data is categorized into zones ( areas where a high volume of intersection related collisions occur in close proximity.), 4 of the top 5 zones are located within close vicinity in northwest Toledo. In fact, the top 3 dangerous zones occur within a 4-mile stretch of Sylvania Road, from Talmadge Road to Willis Parkway. 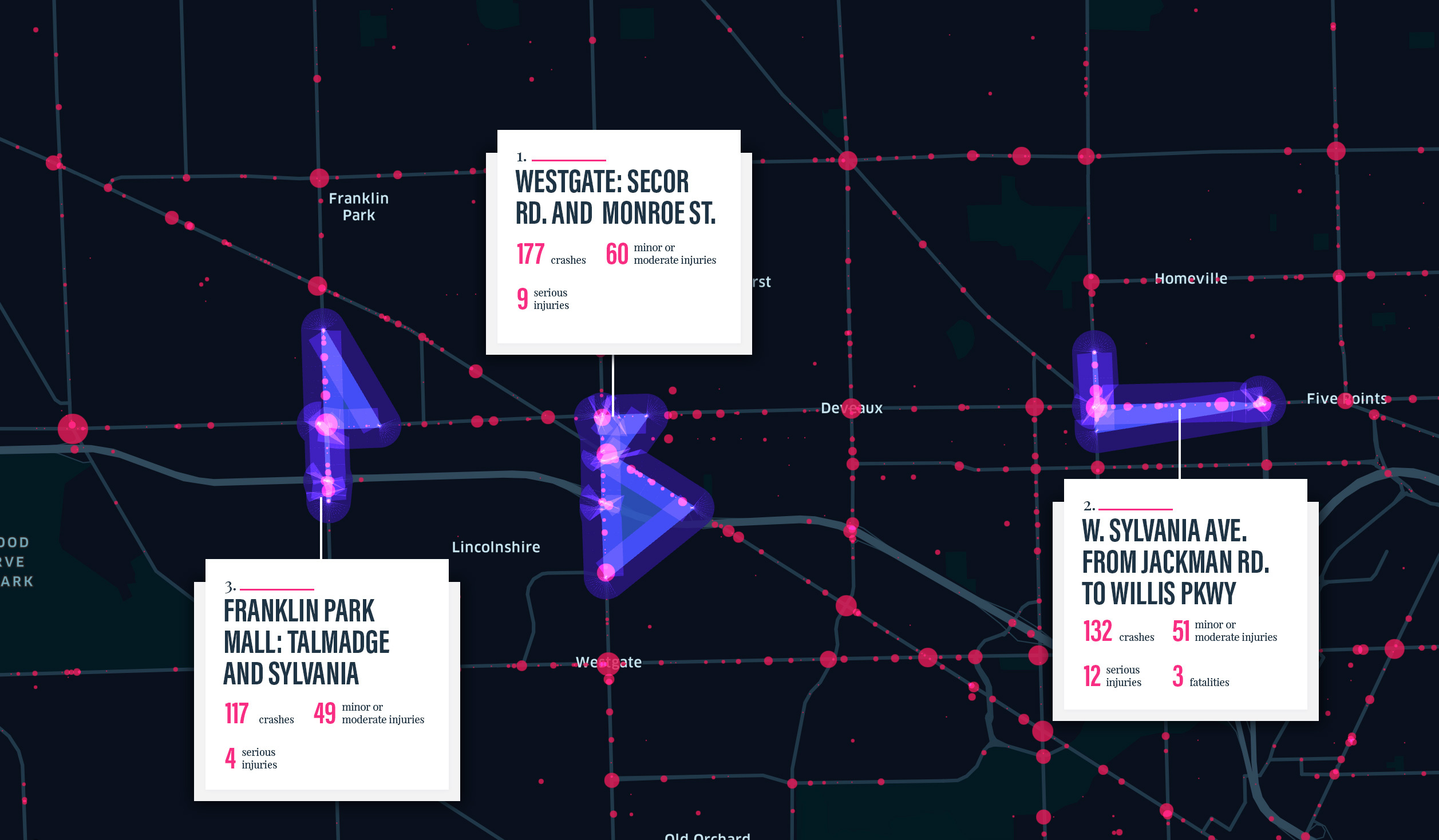 The most dangerous zone in Toledo exists in Westgate, north of shopping centers containing major eateries and shopping centers, accounting for 177 crashes, 60 minor/moderate injuries, and 9 serious injuries. These shopping centers may most certainly increase the volume of vehicles in this area.

Interestingly, the third-ranked zone is also centered around a major retail hub, occurring along the boundaries of the Franklin Park Mall. This may indicate that volume of vehicles is possibly a significant factor in the incidence of collisions in Toledo.

Other Factors That May Impact Road Safety in Toledo

Taking this into consideration, there may be considerably more dangerous crashes that occur throughout Toledo that have not been tallied by our study because they did not meet the criteria. By that metric, Toledo may very well be more dangerous for drivers than the data indicates. A more comprehensive analysis may be required to accurately determine the safety of Toledo’s roads and freeways as a whole.