The Most Dangerous Intersections in Cincinnati

As the third most populous city in Ohio, Cincinnati was part of our analysis. Our Cincinnati car accident lawyers parsed six years of crash data to identify the most dangerous areas for drivers in Cincinnati. 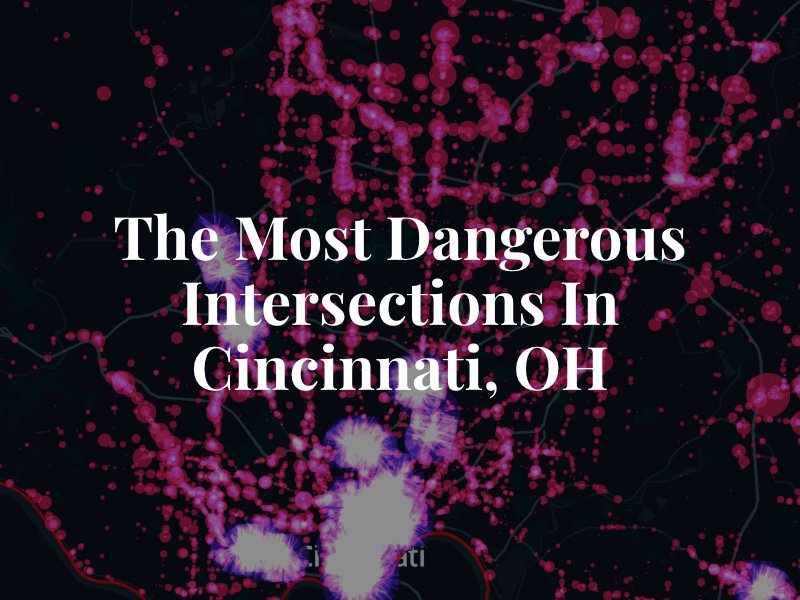 In total, the top 25 most dangerous intersections in Cincinnati accounted for 269 crashes, 216 minor to moderate injuries, 37 serious injuries, and 6 fatalities.

Cincinnati in Relation to Other Ohio Cities

It is worth noting that this study only takes into account crashes that occur at or near intersections – and only crashes that result in injury or death. Even still, there are a number of relatively high crash intersections in the city.

The 25 Most Dangerous Intersections in Cincinnati, Ohio

The most dangerous intersection in Cincinnati is located on Gilbert Avenue & Victory Parkway. This intersection is especially dangerous due to the high number of injuries that occur here: 10 total crashes led to 25 minor/moderate injuries.

Located in the Evanston neighborhood, this intersection does not seem particularly dangerous at first glance. It does appear to be a crossing of two arterial roads – major throughways with wide lanes and high speeds that can significantly increase the chances of a serious accident. In addition, this intersection is adjacent to Walnut Hills High School – which may indicate a large number of novice teen drivers that may commute through that intersection.

Other notable intersections include:

While the crash risk at any one particular intersection is relatively low in Cincinnati, we found zones within the city where a high volume of intersection related collisions occur within close proximity of one another. 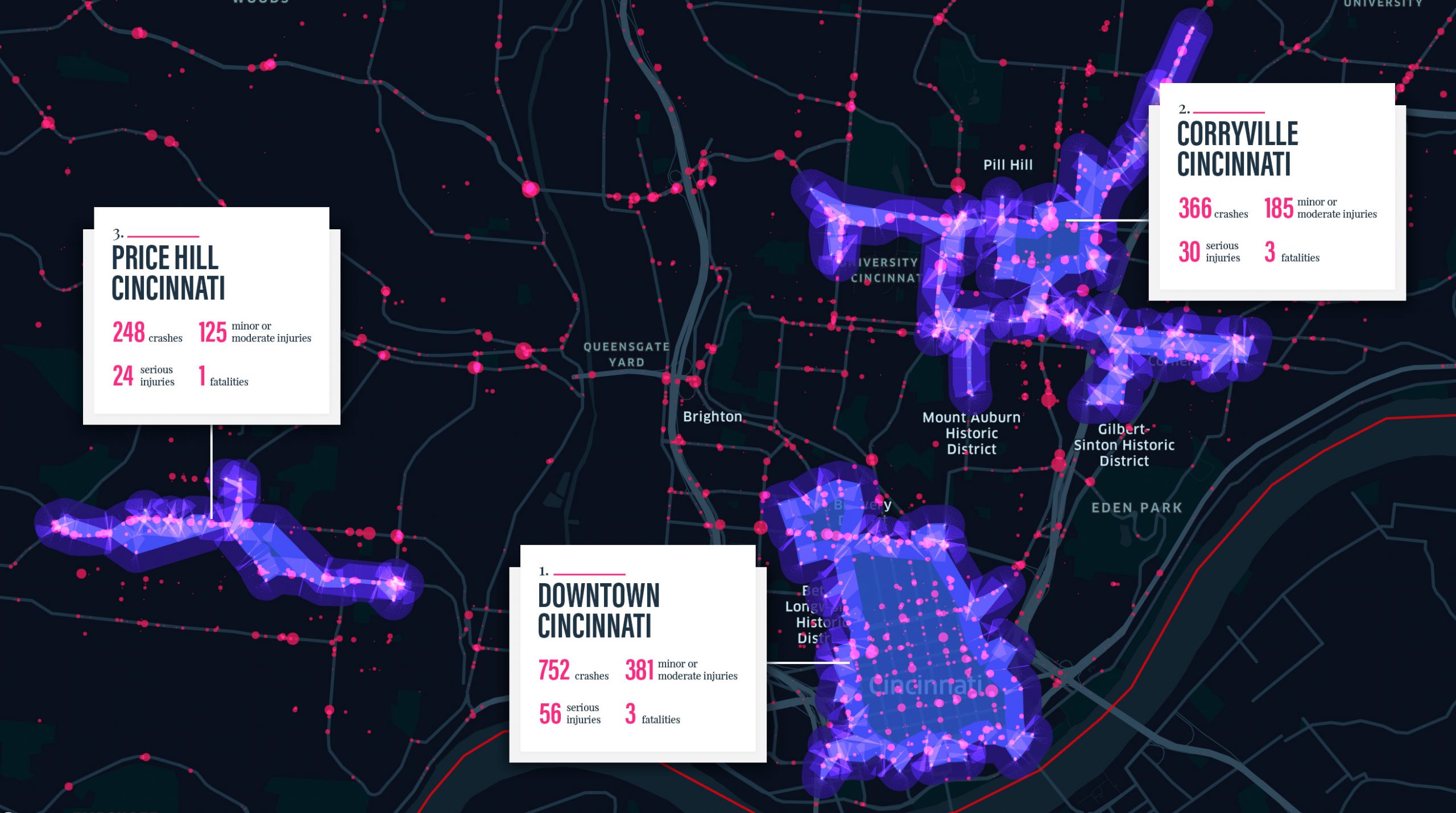 Wide and dense, the most dangerous zone in Cincinnati sprawls throughout downtown, accounting for 752 total crashes, 381 minor/moderate injuries, 56 serious injuries, and 3 fatalities. No other zone in another Ohio city comes close to this large cluster.

A bustling downtown area, this zone is perpetually busy, home to a major business district by day and an active bar scene by night. This, combined with the neighborhood being an epicenter for professional sports in the city, are major contributors to the sheer quantity of accidents occurring here.

Other notable zones include:

For more information on our methodology and data, please see our statewide traffic study.