What Cities are Opting Out of the New Fireworks Law in Ohio?

As of July 1, 2022, Ohioans can legally set off consumer-grade fireworks on private property. The law specifies that fireworks only be set off on certain holidays, about 20 days a year. The permitted days include:

Using fireworks under the influence of alcohol or controlled substances is prohibited—anyone who violates this is guilty of a first-degree misdemeanor. 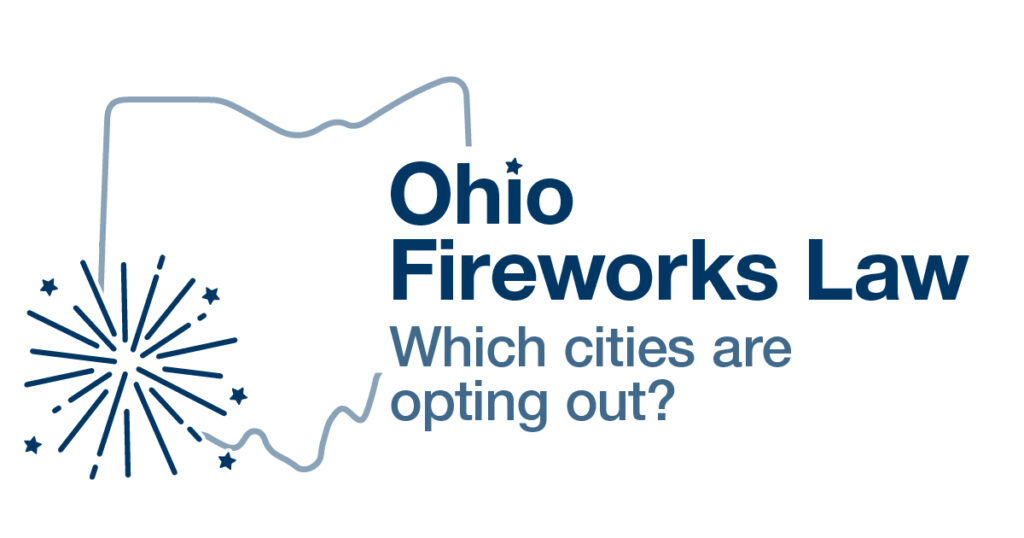 Which cities are opting out of the new law?

If you are cited for discharging fireworks in the following cities, it is a first-degree misdemeanor*:

*The following list will be updated pending the signing of new legislation.

If you live in an area where it’s legal to use consumer-grade fireworks, follow these tips from the National Safety Council to keep you and your family safe: