Posted in Medical Malpractice on March 28, 2018 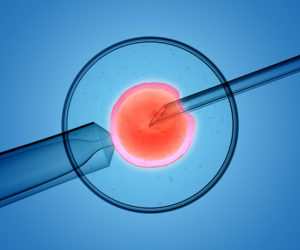 A new letter to patients affected by the recent storage tank malfunction at University Hospitals fertility center revealed the actual number of affected eggs and embryos was twice the amount initially reported. The hospital is blaming the malfunction on human error as investigations into the failure continue.

On Monday, March 26, Elk & Elk filed a temporary restraining order against University Hospitals on behalf of 36 clients who were affected by the recent storage tank malfunction at the hospital’s fertility clinic. The TRO was filed to block efforts to consolidate the related cases before all facts surrounding the incident were known.

“We filed the TRO to allow our clients the time to grieve, and to allow thorough investigation to occur to ensure we are pursuing the best claims, versus all appropriate parties in the correct forum,” says Elk & Elk Managing Partner Jay Kelley. “The request to consolidate to coordinate the cause is premature and has the potential of impacting the cases. The patients deserve all the facts first.  Following verification of facts we intend to pursue their claims privately, aggressively and on an individual – not class – basis.”

Elk & Elk’s clients filed the TRO as Jane Does to allow them to maintain their privacy in this personal situation with extensive media coverage.

Soon after the TRO was filed, affected patients received a letter from UH detailing new revelations about the catastrophic failure at the clinic.

According to the letter from University Hospitals:

Twice as many eggs and embryos were damaged than first estimated.

Upon review of all records for the storage tank that malfunctioned, UH now believes around 950 patients and more than 4,000 eggs and embryos were affected. It’s unlikely any of the samples are still viable.

The tank’s remote alarm system was turned off at the time of the malfunction.

The remote alarm system, which alerts employees to possible issues in the storage tanks, was off throughout the weekend in question. No alarm was sent or received on Saturday night as the temperature rose in the tank. UH hasn’t determined when the remote alarm was deactivated or who turned it off, but it appears to have been off for a period of time. An investigation into these questions is ongoing.

The tank that malfunctioned was in need of preventative maintenance.

UH had been experiencing issues with the liquid nitrogen automatic fill on the storage tank for several weeks leading up to the malfunction. The repair process requires all eggs and embryos to be moved to another storage tank, but this measure had not yet been taken at the time of the malfunction.

Employees were filling the storage tank manually prior to the malfunction.

Patients with eggs and embryos harmed by the tank malfunction have suffered devastating and irreparable loss. Many questions still remain regarding the circumstances of the malfunction and the futures of the families affected by this tragedy.

If your family was affected by the UH fertility center storage tank malfunction, we are here to offer free, confidential advice on your legal options.