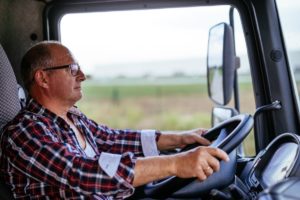 Truck drivers have a responsibility to safely operate 40,000+ pound vehicles. Considering the size and power of these vehicles – especially when comparing to much smaller passenger vehicles – one mistake could mean catastrophic results.

Unfortunately, truck drivers are among the millions of Americans who struggle with sleep apnea.

What is Sleep Apnea?

Sleep apnea is a sleep disorder in which an individual’s airway becomes blocked repeatedly during sleep, causing breathing to stop and start. Sleep apnea can prevent an individual from getting deep, restful sleep.

One of the biggest challenges individuals with sleep apnea face is fatigue, extreme drowsiness, and difficulty concentrating during the day. When an individual is physically unable to get a good night of sleep due to sleep apnea, all other areas of life will be affected.

In the case of truck drivers, this could mean falling asleep or losing concentration behind the wheel.

Some risk factors for sleep apnea include:

How Common is Sleep Apnea For Truck Drivers?

The American Transportation Research Institute (ATRI) study found that 28.1 percent of truck drivers had some degree of sleep apnea.

While sleep apnea is treatable, many people go undiagnosed.

Truck drivers who suffer from sleep apnea are a risk to other vehicles on the road. Truck drivers should be alert and observant while operating their vehicles. Sleep apnea may prevent them from being able to do so.

When an accident is caused by a negligent, fatigued or distracted truck driver, it may be wise to work to determine if that driver has sleep apnea. A Cleveland truck accident attorney can help accident victims explore culpability and all legal options after an accident.