Posted in Medical Malpractice on January 15, 2014 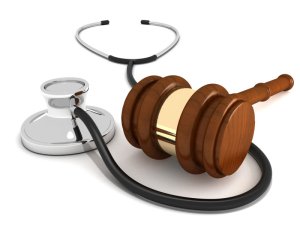 The eight-member jury found for Pierce in three of the four claims in her suit:

The jury did not accept the fourth claim of battery. Deters argued that Durrani’s surgery amounted to intentional, unconsented contact.

According to Dr. Keith Wilkey, who testified at the trial, Durrani used a commercial bone growth protein (INFUSE) despite warnings against its use from the North American Spine Society. He also told jurors that Durrani had misread or disregarded X-rays, chose a more painful and complicated procedure than other U.S. surgeons would have performed, and worsened Pierce’s condition by misplacing screws and plates in her spine.

Dr. Durrani, who is still facing hundreds of additional civil suits and a 36-count federal fraud indictment, has fled the country and is reported to be in Pakistan. However, the jury could not consider that fact in their deliberations. By order of the judge, they were only told that Durrani had chosen not to testify.