Social Security Disability claims can take years. But why?

Posted in Workplace Injuries and Claims on February 22, 2018 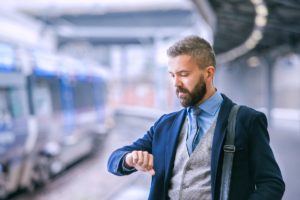 After having Social Security Disability Insurance (SSDI) premiums automatically deducted from each paycheck, many Ohio residents are surprised to discover how difficult it is to get a decision on collecting disability benefits, despite a diagnosed qualifying medical condition.

According to an exposé printed in the Cleveland Plain Dealer, thousands of Ohio workers who have applied for SSDI benefits are waiting months and years for a decision on their claim, in large part due to federal underfunding and the current bureaucratic process. The current claims system requires claimants to present their case in front of a judge, who then must weigh the evidence before making a decision. In many cases, the slightest flaw in the claim can result in a denial, pending further clarification.

Nationwide, more than a million SSDI applicants have filed claims that are bogged down for an average of 600 days. In some states, claimants have been waiting for more than two years.

Nothing new and probably won’t get fixed anytime soon

But the problems with the claims process can’t be laid at the feet of any one political party or administration. The process was put in place decades ago and has been a constant source of complaint spanning years and political changes at the federal level. Recently, however, the Social Security Administration (SSA) has fallen on harder times, with budget cuts of more than 10 percent since 2010. Further cuts are expected in the next federal biennium budget, as well.

In Ohio, the problem is worse, with average wait times exceeding 19 months in some areas. Nationwide, the shortest waits are less than one year, with Delaware getting cases in front of judges in 10 months. In order to alleviate the lengthy wait, Ohio now sends many of its cases out of state and new offices in Akron and Toledo have helped reduce some of the backlog.

Claimant mistakes and unfamiliarity add to the delay

People filing claims should be aware that the process is both tedious and exacting. Every record must be collected and reported properly and every rule must be followed to the letter of the law. Following up on the progress of the claim is also critical, but something few claimants know how to do effectively. Before filing, it makes sense to talk to an attorney who focuses on the SSDI claims process, if for no other reason than to know what to expect.