How safe are self-driving cars? 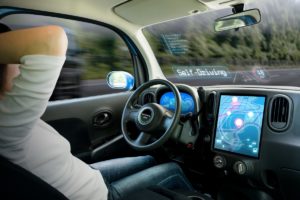 Whether we like it or not, self-driving cars are in our future.

A report by BI Intelligence estimates that there will be 10 million self-driving vehicles on roads by 2020.

A recent article in Scientific American highlights an important issue: Even though self-driving cars are programmed to be safe and safety tests confirm that, for the most part, they are – they are still operating on roads with error-prone humans.

In November, a self-driving shuttle was involved in a collision with a human-driven truck. The accident happened because the human driver failed to see the shuttle when it was backing up. In response, the shuttle stopped and didn’t move – but it also didn’t honk or move out of the way as the truck backed up. The accident was minor: the truck grazed the shuttle’s front bumper. But shouldn’t the autonomous vehicle have reacted to avoid the collision?

According to the article, there are two main causes of autonomous vehicle crashes:

We are still in the infancy stages of self-driving technology. Advancements in technology will certainly help make these vehicles safer for those in the vehicle as well as other drivers.

Are you concerned about the safety of autonomous vehicles? Will the technology ever be able to react safely to unexpected situations? Please share your thoughts in the comments section below.