Radiation from medical imaging: Just how dangerous is it? 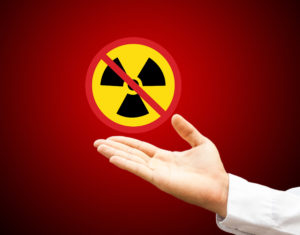 Advances in medical technology are sometimes a double-edged sword. A prime example? Medical scans that use radiation to peer into human bodies.

X-rays aren’t the only culprit. In fact, far greater doses of radiation are involved in CT scans, PET scans, fluoroscopy and nuclear medicine studies (though these doses are still considered low when compared to high levels of exposure from events such as Hiroshima/Nagasaki and Chernobyl.) This ionizing radiation damages human DNA and disrupts normal cell functioning.

It has long been thought that even extremely low levels of radiation increase your lifetime risk of cancer. However, a growing body of research casts doubt on this assumption – with far-reaching implications for medical imaging.

According to an article published last spring in the Journal of Nuclear Medicine, fears about low-dose radiation exposure are largely unfounded – and may even hinder proper diagnosis and treatment of serious illnesses such as cancer.

The article pokes holes in the theory that no level of radiation exposure is safe. Its authors contend that the human body has evolved to swiftly and thoroughly repair mutations caused by low-level radiation. In fact, the cell repair process often restores damaged DNA to an even better condition than it was before, fixing naturally occurring mutations as well as radiation-induced ones. By triggering this repair process and stimulating the immune system, exposure to low levels of radiation may even be beneficial.

This viewpoint, however, remains controversial. Many reputable organizations still hold fast to the longstanding supposition that radiation is dangerous at any level. The FDA, for example, has made it a priority to curb needless exposure by encouraging stricter standards for medical imaging. Several studies in the past decade have also shown links between low-level radiation exposure and slightly elevated cancer risk (though the validity of these conclusions is in dispute).

Weighing the pros and cons

So does medical imaging raise your risk of cancer or reduce it? With two opposing schools of thought on the subject, and credible evidence supporting both sides, it’s unlikely this conflict will be resolved anytime soon.

Both sides agree on one thing: Medical scans shouldn’t be performed willy-nilly. Your doctor should have a reasonable medical justification for ordering the scan.

As a patient, you should be aware of the risks and benefits of any medical procedure – including irradiating scans – as well as the risks of not undergoing such a procedure.

Shying away from medical imaging has its own set of downsides. These scans play a big role in identifying and treating life-threatening conditions. They help catch cancers early, while still treatable. And they help evaluate the efficacy of treatment, illuminating when a change of course might be necessary.

Unnecessarily avoiding these scans – or failing to use a sufficient radiation dosage to get a quality image – can cause underlying health issues to go overlooked. Given that misdiagnosis and delayed diagnosis are leading types of medical malpractice, that’s a significant risk, too.