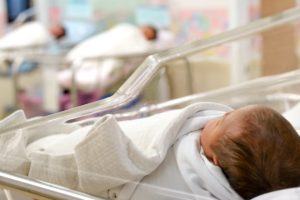 A new study by the Centers For Disease Control And Prevention shows a large disparity between black and Hispanic babies and white babies when it comes to developing certain neonatal health conditions.

Black and Hispanic babies are more likely to be born prematurely than Caucasian babies.

And black and Hispanic babies who are born prematurely have a two- to four-fold increased risk for developing the following four conditions:

This contrasts with previous studies that showed much smaller disparities among black and Hispanic and Caucasian babies.

The study also revealed that Asian babies were at an increased risk of retinopathy of prematurity.

We already know that the United States is trailing other developed countries when it comes to infant mortality and premature delivery rate. This study reiterates the fact that there are racial disparities that are affecting the most vulnerable of our population: Babies.