Posted in Medical Malpractice on January 2, 2013 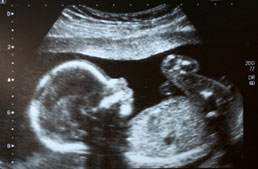 Pregnancy and the birth of a child should be one of the happiest times in a parent’s life. But sometimes complications occur during birth and children are left with birth injuries such as cerebral palsy, bell palsy, brachial plexus injury or hypoxic-ischemic encephalopathy.

While not all birth injuries are preventable, actions by the medical staff may have been negligent. Negligence could be a misdiagnosis or failure to follow proper medical procedures designed to minimize the risks involved in a diagnosed condition.

Three of the most serious types of birth injuries are cerebral palsy, brachial plexus injury and hypoxic ischemic encephalopathy. Here is some information about each type of injury and what causes them.

How Common is Cerebral Palsy?

Cerebral palsy is one of the most serious health problems caused by birth injuries. An estimated 800,000 individuals in the U.S. have been diagnosed with cerebral palsy and worldwide there are an estimated 17 million cases.

The term cerebral palsy refers to any one of a number of neurological disorders appearing in infancy or early childhood that permanently affect a person’s movement and muscle coordination. C

erebral palsy does not worsen over time and, although it may affect muscle movements, it isn’t a problem of the muscles or nerves. Most children who have cerebral palsy have had it since birth, often due to a lack of oxygen to the brain (called hypoxia) or to the body (asphyxia), premature delivery, or birth trauma – sometimes because of medical malpractice and delivery mistakes during labor or child birth.

There are four different types of cerebral palsy:

Hypoxic-ischemic encephalopathy or Neonatal encephalopathy is caused by a lack of oxygen to the brain during birth. While this type of injury is rare, the consequences are serious, causing life-threatening and sometimes permanent brain damage.

Lack of oxygen frequently damages not only the brain, but other organs as well. Often these include heart damage with abnormal blood pressures or heart rhythms, liver damage with elevated liver enzymes, kidney damage with low urine output and abnormal kidney function, gastrointestinal problems with abnormal feeding, low or high tone with floppy or stiff muscles and/or impaired control of breathing often requiring ventilation.

How Common is Neonatal encephalopathy?

In the United States, as many as 9,000 newborns are affected by HIE each year, according to the U.S. Food and Drug Administration. The mortality rate is 25 to 50 percent, and most deaths occur in the first week of life due to multiple organ failure or redirection of care (moving to a new unit or hospital). The condition is also a frequent cause of mental retardation, epilepsy, learning disabilities and cerebral palsy.

How is a Brachial Plexus Injury Caused?

Brachial plexus injury is caused by birth trauma, usually the child’s shoulder becoming stuck on the mother’s pelvis. The resultant stretch from the forces of labor, operative delivery (vacuum or forceps) and obstetrical traction can lead to a stretch or tearing of a group of primary nerves, called the brachial plexus, which supply movement and feeling to the arm. Paralysis can be partial or complete and the damage to each nerve can range from bruising to tearing.

Can A Baby Recover From a Brachial Plexus Injury?

Some babies recover on their own; others may require specialist intervention. Pediatric neurosurgery or nerve grafting is often required for a tear. Lesions may heal over time and function may return in total or partially. Although many children less than 1-year-old recover range of motion, individuals who have not yet healed after this point rarely gain full function in their arm. Early intervention with neurology, neurosurgery and orthopedics can maximize recovery through therapies, nerve grafting and tendon transfers.

If your child has suffered a birth injury, contact us today and see how we can help. The Columbus birth injury lawyers of Elk & Elk have the experience you need to get the results you deserve. Our dedicated attorneys and qualified medical professionals will help you determine the best course of action for your needs. You can either fill out the online consultation form or call us at 1-800-ELK-OHIO today and get the process started.