Courier Journal – A Jefferson County grand jury Wednesday indicted Brett Hankison on three counts of first-degree wanton endangerment. Jurors said several bullets he fired outside Taylor’s apartment March 13 went into a neighboring unit where a pregnant woman, a man and a child were home. However, neither he nor two other Louisville officers who fired their weapons at Taylor’s apartment — Sgt. Jonathan Mattingly and Detective Myles Cosgrove — were charged with killing Taylor, an unarmed black woman.

Kentucky Attorney General Daniel Cameron expects no further criminal charges to be filed in connection with the shooting.

Taylor, a 26-year-old emergency room technician, was shot six times by the officers and died in the hallway of her South Louisville apartment during an attempted Louisville Metro Police Department search for drugs and cash that went horribly wrong.

Facebook faces a lawsuit stemming from protests in Kenosha.

ABC News – Four people, including the partner of one of the victims of the deadly Kenosha, Wisconsin, shootings, have filed a lawsuit against Facebook, the suspected gunman Kyle Rittenhouse and two leaders of online groups. The lawsuit alleges Facebook failed to remove pages that incited violence. Intense protests rocked the city after the police shooting of Jacob Blake on August 23. The complaint argues that “militia” groups — the Kenosha Guard and the Boogaloo Bois — broadcast a “call to arms” using Facebook.

BBC – With the backing of Senator Mitt Romney, Republicans have obtained the numbers needed to ensure that President Trump’s Supreme Court nominee will face a confirmation vote in the Senate. There is an opening in the Supreme Court due to the death of Ruth Bader Ginsburg, who passed away on Friday. Democrats argued there should be no confirmation in an election year. Trump has stated that his candidate will be a woman. 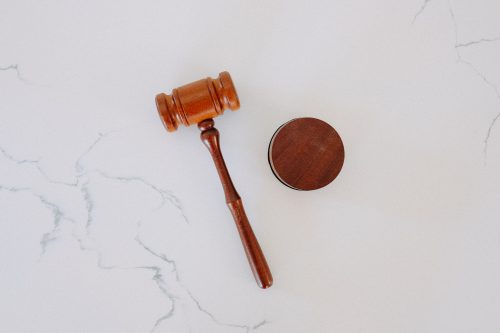 A bid for “diploma privilege” was rejected.

Reuters – The Supreme Court of California rejected a petition by recent law school graduates asking the state to grant “diploma privilege.” The graduates sought to become licensed attorneys without taking the bar exam. California is one of many states to have swapped its in-person July bar exam for an October online test, an option with fewer COVID-19 concerns. To date, only four states — Louisiana, Utah, Washington and Oregon — have granted diploma privilege because of the coronavirus pandemic.