In total, 109 human trafficking victims were rescued and referred to social services. More than 50 agencies participated in the operation, which also included the arrest of a man and the recovery of two children in West Virginia.

The operation included four priorities, according to the attorney general’s office: “Rescuing victims of human trafficking and referring them to social services, recovering missing and exploited children, apprehending those seeking to have sex with a minor and arresting male johns seeking to buy sex.”

Judge Amy Coney Barrett is the newest addition to the Supreme Court. Image via Associated Press.

Associated Press – Amy Coney Barrett was sworn in as the 115th justice of the Supreme Court on Monday evening after being confirmed on a near-party line Senate vote of 52-48.

Barrett is 48, and her lifetime appointment as the 115th justice will solidify a 6-3 conservative majority on the court.

During public testimony before the Senate Judiciary Committee, Barrett presented herself as a neutral arbiter and suggested, “It’s not the law of Amy.”

E Jean Carroll is suing the president for defamation.

NBC News – A federal judge ruled that the Justice Department cannot step in to shield President Donald Trump from a libel lawsuit filed by a woman who claims he raped her in a New York City department store in the 1990s.

The Justice Department had sought to block the lawsuit, filed by former gossip columnist E. Jean Carroll, by arguing that the president was acting in his official capacity when he told White House reporters that she made up the rape story. Carroll sued, claiming that his statements branding her a liar damaged her reputation.

Because federal law does not permit suing public officials for libel, the government said, the lawsuit should be dismissed. U.S. District Court Judge Lewis Kaplan disagreed.

First, he said, the law applies only to federal employees, a description that does not include the president, who is in a different legal status.

Second, the judge said, the president’s statements about something that happened more than two decades before are not within the scope of his official conduct. 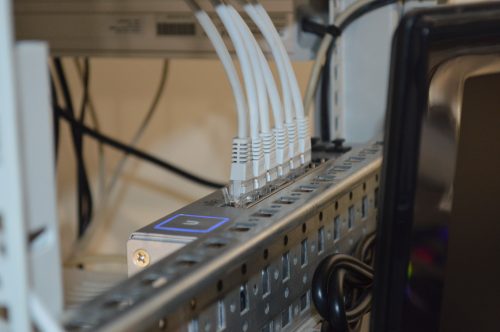 A 2017 repeal of net neutrality rules was upheld.