“Hey, stop that vehicle, that lady is drunk”

Court News Ohio – Ohio’s highest court is set to hear arguments on whether a passerby’s warning justified a drunken driving stop in a case both sides agree could change how people can alert authorities to potential crimes. The Court will hear oral arguments in State v. Tidwell and seven other cases during a two-day session on March 30 and 31. 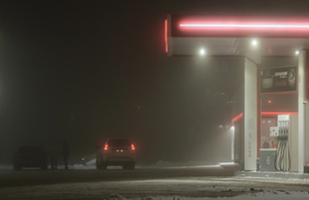 Trooper Jacques Illanz was in a gas station in November 2017 to investigate a nearby accident when a customer called out to him and pointed to Sherry Tidwell, who was backing her car out of a parking space, according to court documents.

The passerby yelled to the trooper, “Hey, stop that vehicle, that lady is drunk.” Illanz motioned for Tidwell to stop, but when she continued moving slowly, the trooper got in front of her vehicle. When Tidwell rolled down her window at his request, her eyes were bloodshot, her speech was slurred and the inside of her vehicle smelled of alcohol, according to Illanz’s testimony.

She was arrested after a field test showed a blood-alcohol level more than two times the legal limit for driving.

The customer, who had been told by the gas station clerk to alert the trooper, left without identifying himself, Illanz said.

Two lower courts ruled that Illanz did not have the “reasonable suspicion” to stop Tidwell and that he had acted only on an anonymous tip of uncertain credibility. An appeals court ruled that the passerby’s shout to the trooper did not justify him in stopping Tidwell.

On Monday, a gunman killed 10 people in a Colorado supermarket. Six days prior, eight people were shot and killed at Atlanta-area day spas.

The Democrat called on the Senate to approve two bills passed by the House of Representatives on March 11 that would broaden background checks on gun buyers. He also called for a ban on assault-style weapons.

“I don’t need to wait another minute – let alone an hour – to take common-sense steps that will save the lives in the future, and I urge my colleagues in the House and Senate to act,” Biden said at the White House. 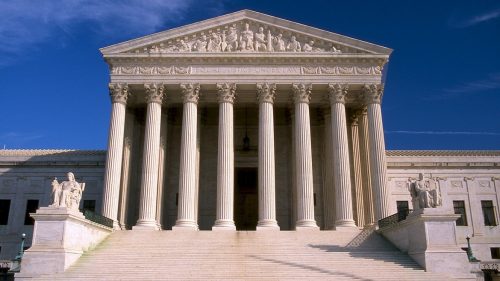 The Supreme Court will review a decision from a federal appeals court that overturned the death sentence imposed on Dzhokhar Tsarnaev.

New York Times – The Supreme Court said that it would review an appeals court’s decision that threw out the death sentence of Dzhokhar Tsarnaev, who was convicted of helping carry out the 2013 Boston Marathon bombings.

Last year, a three-judge panel of the U.S. Court of Appeals for the First Circuit, in Boston, upheld Mr. Tsarnaev’s convictions on 27 counts. But the appeals court ruled that his death sentence should be overturned because the trial judge had not questioned jurors closely enough about their exposure to pretrial publicity and had excluded evidence concerning Tamerlan Tsarnaev, his older brother and accomplice.

The case presents President Biden with an early test of his stated opposition to capital punishment. Were the administration to decide not to pursue the death penalty against Mr. Tsarnaev, the Supreme Court case would become moot.

Lawmakers urge FDA to clear market of all flavored e-cigarettes

The Hill – Dozens of Democratic lawmakers sent a letter to the head of the Food and Drug Administration (FDA) urging the agency to take all flavored e-cigarettes off the market.

“Flavored e-cigarettes are putting a new generation of kids at risk of nicotine addiction and the serious health harms that result from tobacco use,” states the letter drafted by Reps. Debbie Wasserman Schultz and Diana DeGette.

The lawmakers want the FDA to ban all flavored e-cigarettes upon further review and nix the exemption the FDA has for methanol and disposable e-cigarettes.

Along with a ban on flavored e-cigarettes, lawmakers want a ban on premarket tobacco applications and the marketing of e-cigarettes that target minors.