CNN –  The Supreme Court ruled that states can punish electoral college voters who break a pledge to vote for a state’s popular vote winner in presidential elections. In 2016, 10 of the 538 presidential electors “went rogue.” The decision comes as the election season is fast approaching.

U.S. Says Foreign Students May Have to Leave if Their School Goes Online-Only 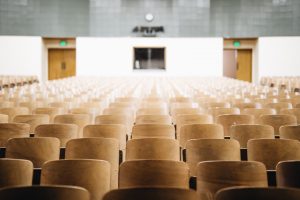 The government’s ruling is a blow to many international students.

NBC News – The government announced that international students will not be allowed to remain in the country if the institution in which they’re enrolled is holding online-only courses this fall. Those failing to comply with the rules could face deportation. Harvard and the Massachusetts Institute of Technology are suing over the ruling.

ABA Journal – Officials in Rockland County, New York, issued subpoenas when people who attended a party refused to cooperate with COVID-19 contact tracers. Up to 100 people attended the party hosted by a person showing symptoms of being sick. The host tested positive for COVID-19, along with eight others who attended the event. At the time, the state limited gatherings to 10 people. All eight people who received the subpoenas decided to cooperate