cleveland.com – Because of a spike in coronavirus cases, Cuyahoga County Common Pleas Court’s judges extended a temporary halt to jury trials. Pending no further delays, the Court will schedule three trials per week starting September 21. Bench trials, in which a judge hears the evidence and renders a verdict in place of a jury trial, can proceed. 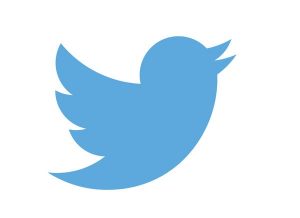 ABC News – Graham Ivan Clark, 17, pleaded not guilty to multiple charges of fraud. The Florida teen is accused of orchestrating a scheme that gained control of the Twitter accounts of major politicians, celebrities and technology moguls. Clark allegedly scammed victims out of more than $100,000 in Bitcoin.

Bloomberg Law – Bahamas Paradise Cruise Line “is facing allegations that it ‘effectively held hostage’ crewmembers by making them stay aboard its ships without pay during the COVID-19 pandemic,” according to a proposed class action filed in Miami. The complaint says, “The crew were unnecessarily kept on the ships for months on end, many thousands of miles away from their homes and families.” Further, “the cruise line forced these workers to sign agreements stating they were staying onboard voluntarily and without pay by threatening them that they wouldn’t be rehired otherwise, the complaint claims.”

Kodak’s Government Loan to be Investigated

Reuters Legal – The U.S. government is set to investigate the circumstances surrounding Eastman Kodak Co’s announcement of a $765 million government loan to make drugs at its U.S. factories. U.S. Senator Elizabeth Warren wrote a letter to the SEC asking that it investigate potential insider trading. The SEC declined to comment. A representative for Kodak said the company will cooperate with potential inquiries.