Is it Legal to Drive on Ohio’s Highway Edge Lines? 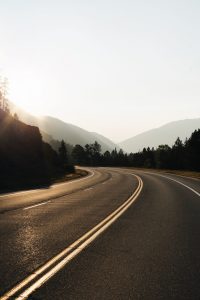 The Ohio Supreme Court will hear a case about highway edge lines.

Dayton Daily News – The Ohio Supreme Court will hear a case next week interpret a traffic law requiring drivers to stay in the lanes marked on the roadway. The question: Can drivers be cited for driving on the lines or only when traveling all the way across? The case stems from a case from August 2018, when an Ohio State Highway Patrol trooper in Clermont County followed a sedan that was driving oddly. After the car turned onto Old State Route 74, the trooper said he saw the car’s two right wheels touch the white line, and so the trooper pulled the car over.

Uber May Shut Down in California

Uber may suspend operations in California.

Reuters – Uber Technologies Inc would be forced to shut down its ride-hailing operations in California if a court ruling that blocks it from classifying its drivers as independent contractors goes into effect, the company said in a court filing. A California judge on Monday granted the state’s request for a preliminary injunction blocking Uber and rival Lyft Inc from classifying their drivers as independent contractors rather than employees. “If the court doesn’t reconsider, then in California, it’s hard to believe we’ll be able to switch our model to full-time employment quickly,” said Chief Executive Officer Dara Khosrowshahi.

CVN – Jurors awarded more than $354,000 to a Florida woman for the beating she suffered at the hands of a Jacksonville strip club’s bouncers. The decision is potentially the nation’s first binding verdict in a fully remote, state court civil jury trial. The two-day voir dire in the case was also conducted remotely.