WBNS – A law expanding where Ohioans can use lethal force in self-defense went into effect Tuesday.

The measure expands the so-called “stand your ground” right from an individual’s house and car to any place, “if that person is in a place in which the person lawfully has a right to be.”

Ohio becomes the 36th state to no longer require people to retreat before they can justifiably hurt or kill someone with a gun in self-defense.

Governor Mike DeWine signed Senate Bill 175 into law in January, after previously hinting he would veto the bill.

NBC News – The U.S. Supreme Court declined to hear an appeal by Infowars host Alex Jones, who was fighting a Connecticut court sanction in a defamation lawsuit brought by relatives of some of the victims of the Sandy Hook Elementary School shooting.

The families and an FBI agent who responded to the shooting, which left 20 first-graders and six educators dead, are suing Jones and his show over claims that the massacre was a hoax. The families said they have been subjected to harassment and death threats from Jones’ followers because of the hoax conspiracy.

Jones was penalized in 2019 by a trial court judge for an angry outburst on his web show against an attorney for the relatives and for violating numerous orders to turn over documents to the families’ lawyers. Judge Barbara Bellis barred Jones from filing a motion to dismiss the case, which remains pending, and said she would order Jones to pay some of the families’ legal fees.

Jones argued he should not have been sanctioned for exercising his free speech rights. The Connecticut Supreme Court upheld Bellis’ ruling last year. 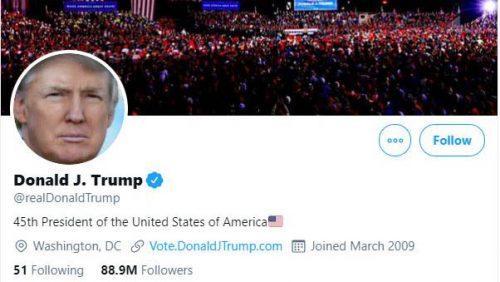 A lawsuit concerning Donald Trump and Twitter was deemed moot.

USA Today – Former President Donald Trump had about 89 million followers on Twitter before the platform suspended his account earlier this year. The Supreme Court signaled it is not interested in how he got along with some of them.

The justices dismissed as moot a high-profile case about whether Trump was on solid legal ground when he blocked several of his critics on his once-favorite social media website, wiping away a federal appeals court ruling that found Trump’s actions violated the First Amendment.

Both sides in the suit had agreed the case is moot since Trump is no longer president and no longer has access to Twitter. The company permanently suspended his account in January following the riot at the U.S. Capitol that took place following a rally the then-president held near the White House.

Reuters – A federal judge sided with Nike Inc in ordering a Brooklyn company to temporarily stop further sales of “Satan Shoes” it produced in collaboration with the rapper Lil Nas X.

The sneakers are customized versions of the Nike Air Max 97 sneakers that purport to contain one drop of human blood in the midsoles, and are printed with “Luke 10:18,” a biblical passage referring to Satan’s fall from heaven.