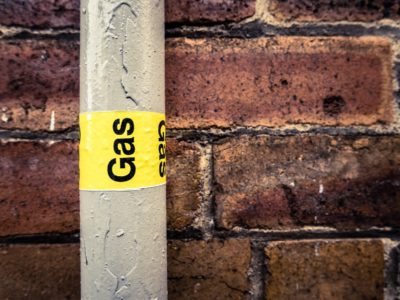 Gas leaks are extremely common in the United States. Many gas lines are decades old, and these older pipes are more likely to leak.

A gas leak can result in a catastrophic explosion or fire.

But even when a gas leak does not result in an explosion or fire, they can still be problematic.

Most natural gas is composed entirely of methane, which is a greenhouse gas. Because it is so effective at absorbing heat, it is widely considered more dangerous than carbon dioxide because it heats the earth’s atmosphere.

One way to reduce methane gas emissions, which are harmful to the environment, it to identify and fix gas leaks. But utility companies often drag their feet because of the time and cost required to effective address the issue.

Now, natural gas leaks are being detected in the most unlikely of ways.

Some Google Street View cars are being equipped with $3,000 methane-gas detectors. Google is working with the Environmental Defense Fund and the scientist who came up with the idea of a methane-detecting vehicle eight years ago.

The Google cars capture air through a funnel and use a sensor to detect the presence and amount of methane in the air. Each street is scanned at least twice to ensure that the reading is accurate.

Time will tell if utility companies adopt the Google Street View car model of detecting methane. But this technology could be highly effective in addressing the environmental and economic impacts of gas leaks.