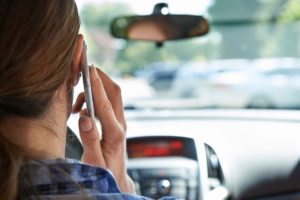 But this is dangerous thinking: No one is truly safe while distracted driving.

No matter how safe you think you are – no matter how much you believe that nothing bad will happen to you while texting or talking on a phone while driving – the fact remains: Distracted driving is not safe. The only safe approach is a zero-tolerance approach.