Gary Cowan, personal injury attorney and trial lawyer at Elk + Elk since 2001, focuses on serious personal injury, motor vehicle and trucking accidents, wrongful death, and products liability claims. Gary has over 30 years of experience and has acted as lead trial counsel in more than 100 jury trials throughout the state of Ohio.

Attorney Cowan is deeply committed to preserving the rights of injured individuals. His background in science is invaluable to his clients. It affords him the ability to explain to insurance carriers and juries the nature and enormity of his client’s injuries, their losses and the effects on their family.

Whether your loss is due to a motor vehicle, motorcycle, truck, a defective product or a dog attack, Attorney Cowan can secure you the benefits you are entitled while allowing you the time to focus on healing.

If you have sustained a loss of life of a family member or friend due to the negligence of another, Gary Cowan is well versed in wrongful death actions, having obtained record verdicts and settlements throughout the state of Ohio.

Attorney Cowan is a motivated, knowledgeable and accessible attorney who is always there for his clients to answer their questions and guide them through the legal process.

Gary Cowan is a member of many prestigious organizations for trial lawyers, including Super Lawyers, the Million Dollar and Multi-Million Dollar Advocates, and the National Trial Lawyers Top 100 in Ohio. He has been included in high profile cases that have been reported locally and nationally.

In his spare time, Gary is an avid fan of baseball and standardbred horse racing. He enjoys spending time traveling the country with his wife and two college-aged sons.

Plaintiffs were riding a motorcycle when the right rear axle broke. An auto parts store sold the defective part, the husband was killed and his wife was severely injured.

Plaintiff was riding a motorcycle when he was hit by a semi-truck on the turnpike. Plaintiff suffered a traumatic brain injury and fractures to the back.

Severe crush injuries to both legs resulting in an above the knee amputation of left leg, comminuted fracture of right tibial shaft right ankle fracture and multiple surgeries.

A 74-year-old male was struck by a semi while at a stop. He suffered major injuries and was hospitalized for over four months.

The 42-year-old Plaintiff was killed after his motorcycle collided with an irrigation trailer that came unattached from the vehicle towing it. The pump traveled left-of-center and hit the motorcycle, ejecting both the driver and passenger.

Three passengers were in a golfcart that was struck by a moped in which a gas tank exploded and caught fire. Passengers sustained multiple second- and third-degree burns. They were life-flighted and hospitalized for 7 – 10 days.

A 33-year-old male was rear-ended by another truck who failed to maintain the assured clear distance ahead. He sustained thoracic disc herniations, resulting in two spine surgeries, as well as lengthy pain management treatment.

Plaintiff was a city worker who was struck by a vehicle backing out of a driveway at a construction site who sustained a mild to moderate traumatic brain injury. The settlement was with the flagging company and the verdict was against the driver.

Plaintiff was a back seat passenger on a motorcycle that was struck at an intersection. Plaintiff sustained a skull fracture, multiple facial bone fractures, C1 fracture, intracranial trauma/TBI, ankle fracture and medial meniscus tear.

Sale of alcohol to an underage patron who later collides with plaintiff and is arrested for DUI and aggravated felonious assault. Victim suffered traumatic brain injury, fractured skull and seizures.

The 57-year-old male was a passenger in a vehicle hit head-on by a small construction truck and suffered fractures to his ribs, acetabulum, pelvis, and patella. He also sustained a collapsed lung and splenic laceration.

Plaintiff sustained major injuries after being struck by a driver that went left of center.

35 year old operating a tractor-trailer crashed into the rear of another tractor-trailer as a result of the wrongdoer pulling out onto I-71 from the berm and cutting off the assured cleared distance ahead. The verdict was for $963,376 but was reduced due to the comparative fault of the decedent. Jury awarded $250,000 for conscious pain and suffering for the 5-10 minutes he was alive.

Plaintiff was a dock worker injured in a fall when a truck driver pulled his trailer forward without permission and notice. Plaintiff sustained multiple fractures and underwent two operations.

Our client, 18-years-old at the time, was traveling with three passengers when an 18-wheeler in the left-hand lane negligently merged into the Plaintiff’s lane, striking the driver-side door and forcing the vehicle off the highway and into the woods. A rescue crew had to extricate her from the tangled wreck and she was taken to an area trauma center where she remained for 11 days. The Plaintiff was diagnosed with severe craniofacial trauma, multiple facial lacerations, a large laceration on her neck and an eye injury. She sustained severe head, face and chest trauma, including a collapsed lung, blown-out eye socket, bleeding of the brain, fractures to the nose, jaw and eye and a severe concussion. In addition to rehab and therapy, she underwent several reconstructive surgeries.

Our client was a passenger in an accident involving two tractor-trailers.

55 year old female crossing an intersection with her bicycle at night with no lights was struck by a Semi making a right-hand turn who rolled through a stop sign.

Plaintiff injured while driving on a rural highway in Huron County during a storm when a large 75-foot red oak fell on the roof of her vehicle. Plaintiff sustained multiple facial fractures, skull fracture and a traumatic brain injury.

Our client was a passenger struck by an uninsured motorist who went left of center. Perforated intestines requiring surgery and admission to hospital.

While riding his bike, the Plaintiff was side wiped by a pick-up truck. He suffered a fractured left arm, multiple abrasions, contusions, and a concussion. He underwent surgery to repair the fracture.

The 43-year-old male was struck by a motor vehicle, which failed to yield the right of way at a stop sign. He sustained a disc herniation requiring cervical spine surgery, as well as a right foot fracture.

Decedent, a 19-year-old male, was struck on the side of the road at nighttime by a motor vehicle. He sustained a closed-head injury and died six weeks later after slipping into a coma.

Our client was passenger in a vehicle that failed to maintain an assured clear distance. The vehicle struck a truck stopped in traffic, and our client suffered a fractured pelvis, femur and ankle, requiring two surgeries.

4-month-old back seat passenger in a car seat involved in a head-on collision. He sustained a closed head injury with bilateral subdural hematomas.

24-year-old male operating a bicycle with no lights was struck by a vehicle at nighttime who failed to yield the right of way while making a left-hand turn. He sustained a comminuted fractured left femur, a fractured patella and torn ligaments in his foot.

Our client was operating the vehicle when she was struck by a driver who failed to yield. Client sustained a concussion and required rotator cuff, neck, and shoulder injections.

Plaintiff injured when his vehicle collided with another vehicle partially blocking the roadway in Fairfield County – suffered soft tissue injuries.

Plaintiff was a passenger in a vehicle that went into a ditch – sustained a fractured ankle, fractured ribs and a collapsed lung.

Plaintiff was riding his bike when a dog ran out onto the roadway and caused a collision. Plaintiff suffered a right clavicle mid-shaft fracture that required surgery.

A 90-year-old female operating her vehicle when struck by a driver who failed to yield the right of way coming out of a private drive. She sustained numerous rib fractures, a fractured sternum, and fractured ulna. No surgery was necessary.

Our client was driving when struck by a driver who failed to yield at an intersection. Client suffered from a fractured right ankle, open reduction internal fixation, and MRSA infection.

A 9-year-old female passenger in a vehicle that lost control and struck a guardrail. She sustained a Type II comminuted fracture of the distal tibia and a tenolysis of her posterior tibialis tendon and required an open reduction internal fixation surgery to her ankle.

Our client slipped and fell at a store. Client suffered from a fractured hip which required surgery.

Elk & Elk has helped me in many ways One of the best law firms I would recommend them if you have any personal injuries it takes a long time it’s definitely worth the wait thanks to Gary Cowan I was able to settle my case I’m satisfied with the outcome.

Amazing service and follow through! Paralegal Maria was amazing from the initial call to Elk & Elk. Attorney Cowan really worked for me and took the time to explain everything in detail to finish up my case! Would recommend this firm to anyone with an accident or injury case.

I was very impressed with everything they did for me. As for answering my phone calls, and made sure everything was clear, and that I understood everything clearly… I will not hesitate to call on you again, should I need any help or questions answered.

They helped me get a difficult case for me settled. And I believe I got the best possible outcome. I wouldn’t have gotten even close if I had tried on my own. Gary and Maria worked hard for me, and always responded with answers to any questions I had. 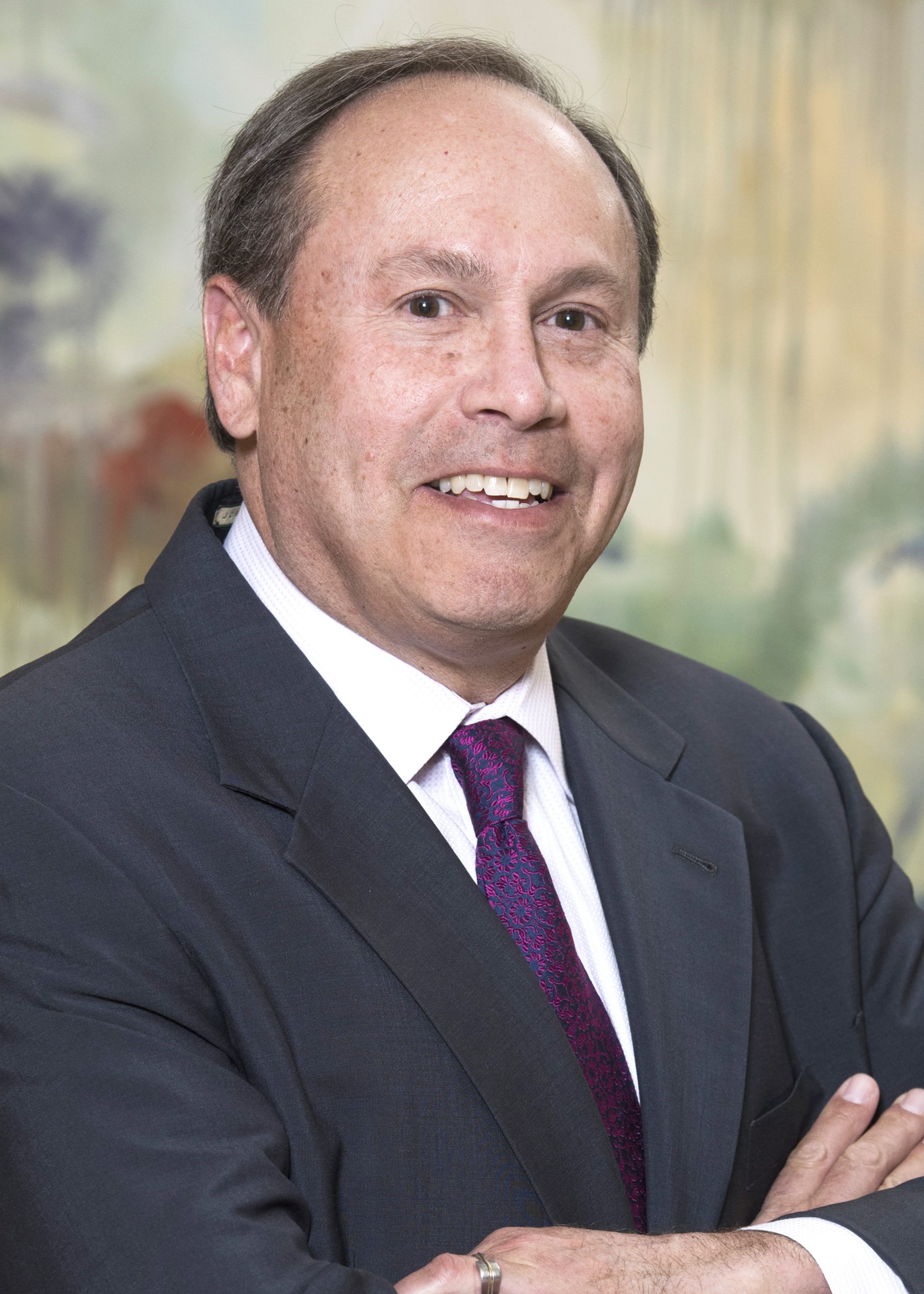