The Pros And Cons Of Prenatal Testing 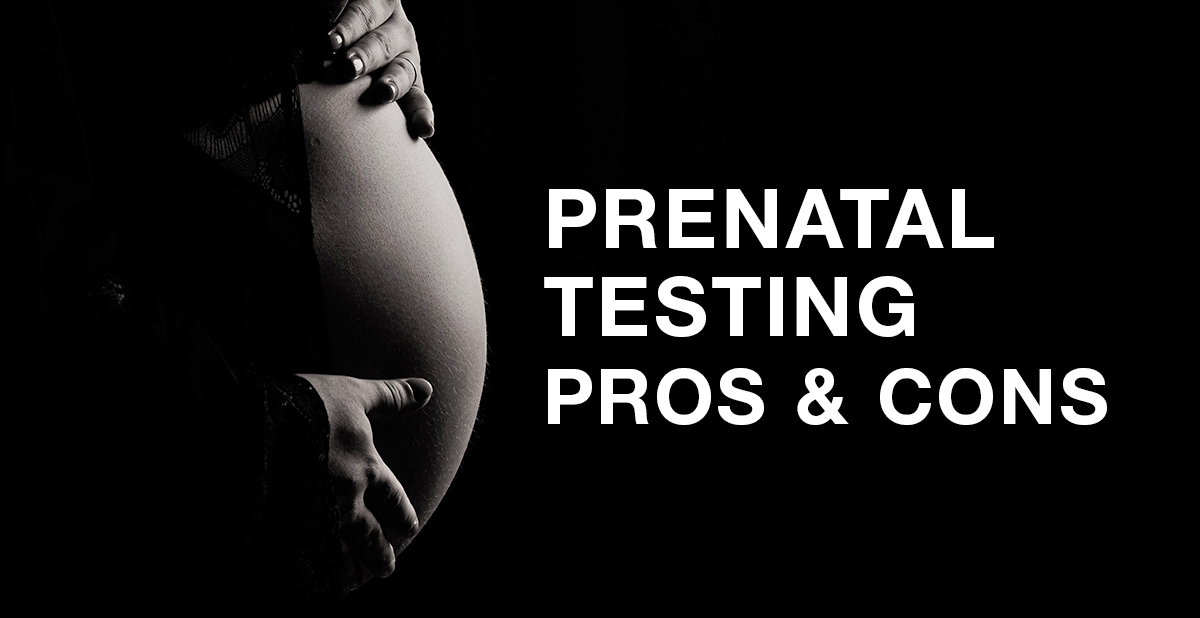 Prenatal testing, especially genetic testing, has become much more common in the last 20 years. In their first trimester of pregnancy, women are often offered the opportunity to learn about the health status of their unborn baby, although medical providers can also perform genetic testing in the second trimester.

According to the Centers for Disease Control (CDC), one in 33 babies in the United States is born with a birth defect. Prenatal genetic testing can reveal the likelihood and presence of conditions that can cause damage or premature death.

Genetic testing involves measuring the levels of particular substances or markers in the mother’s blood and performing an ultrasound. It is easy and relatively painless to find out whether your baby has Down syndrome or some other condition caused by a chromosomal problem, such as cystic fibrosis, Tay-Sachs disease, or sickle cell anemia.

Genetics and chromosomal disorders are not the only cause of birth defects. Environmental factors, such as alcohol use, nutrition, medications, and toxins in the air, water or ground can cause problems as well. However, it is sometimes difficult to pinpoint the exact cause of defects such as neural tube disorders and heart defects, which could be the result of a combination of both genetic and environmental reasons.

When deciding whether to undergo prenatal testing, parents should understand that there are actually two categories of prenatal evaluation. One is testing, which is a diagnostic tool that determines whether a fetus has been affected by genetic or environmental conditions. It is the equivalent of having blood work to determine serum cholesterol levels or an ultrasound to see if a bone is broken. Parents can obtain yes or no answers to their questions about the health status of their unborn children.

The second type of tool is screening. Screening can involve blood tests but also requires analyzing ethnic and family information provided by the parents. For example, parents who are Ashkenazi Jews or French Canadians are thought to be more likely to carry genes that can cause Tay Sachs disease, which is usually fatal within a few years of birth. Another ethnically linked condition is sickle-cell anemia, which is more common among African-Americans.

Conditions such as spina bifida are more likely if a family member, especially another sibling, has been diagnosed. Other conditions may be more likely if a mother abuses alcohol or drugs or is malnourished. Screening is usually the precursor to testing – it identifies appropriate candidates for testing. Once family and ethnic factors are identified through screening interviews, parents can decide whether they want to move ahead with diagnostic testing.

There are certain maternal illnesses that can significantly increase the risk of birth defects. For example, women who have not had German measles (also known as rubella) or do not know if they have had the illness are usually tested to see if their blood contains antibodies to the disease that would indicate immunity because of prior infection. If they do not have the antibodies, they are immunized against rubella, which can cause blindness and other eye problems, deafness, and developmental delays.

What Should Parents Do With Information Obtained From Prenatal Testing?

The answer to this question is, “It depends.” Some prenatal conditions can be corrected before birth, in utero. Parents may wish to know about a genetic or environmental defect so corrective surgery can be performed.

They may wish to know so they can prepare and organize themselves for the challenges of having a child with special needs. They may seek a termination if a baby is diagnosed with a fatal condition. Or they may not want to know at all.

When parents do not want to know – and there are many who do not – they will probably choose not to be screened or tested. That is why parents are only offered prenatal testing; they always have the choice to refuse.

Types and Risks Of Prenatal Testing

Prenatal diagnostic testing and screening do carry some risks for the mother and baby, so it is important for parents to understand these in order to make informed decisions. Although any medical procedure has some risks, the most common prenatal tests that involve sonograms and blood tests are as risk-free as any medical procedure can be.

This technique creates an image of the fetus and allows practitioners to determine if a baby is growing normally. Ultrasound is generally thought to carry little or no risk to the baby or mother, although some believe that sonograms are a factor in the development of autism. However, this remains unknown.

Blood tests are performed at different stages of pregnancy depending on factors such as maternal age, medical history and the results of earlier screenings and tests. Blood draws are usually considered very safe for the mother, although the procedures can cause bleeding and hematomas. However, these usually resolve themselves quickly with no negative consequences.

Amniocentesis requires that a needle be inserted into the mother’s uterus to extract amniotic fluid to test for genetic defects, Rh incompatibility, and maternal infection. The most common complication of amniocentesis is a miscarriage, which occurs in one in 300 women. Needle injury to babies during the procedure have also been reported.

This test involves inserting a thin catheter or needle either through the abdomen or through the cervix to remove some placental tissue. The tissue is tested for genetic defects; the process can identify at least 200 potential problems. The procedure is riskier than amniocentesis; there is a 1 in 100 chance of miscarriage.

A big danger of undergoing prenatal screening or testing is not the procedures themselves, but the reliability of the results. Errors may result in failure to identify birth defects correctly or at all. The other problem with prenatal testing is when it is not offered at all, especially when it is known that the mother might be at risk for carrying a baby with conditions that could either be corrected or at least anticipated. Both misreading of test results and failing to offer the option of testing could constitute medical malpractice.