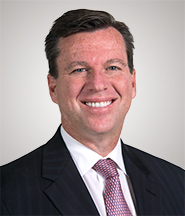 When people first meet Ohio personal injury attorney James “Jay” M. Kelley III, he seems like an average nice guy. He could be anything – a teacher, a businessman or a doctor. And to some extent, he is all of these, albeit without formal training. Jay is one of those lucky people who can combine multiple interests into one profession.

The Making of a Trial Lawyer

His resume is impressive. A graduate of Ohio’s College of Wooster and the University of Akron Law School, he is a member of numerous bar associations and has been recognized as a top lawyer by many organizations that rank attorneys. He has an enviable track record and has obtained many high-value verdicts and settlements for injured clients. How did he get from being a College of Wooster undergraduate to being a top Ohio lawyer?

Jay’s trajectory shows the importance of internships and summer jobs that introduce students to possible careers. He worked at a law firm for two summers during college and says that he enjoyed the collaboration and camaraderie among employees. As the first person in his family to finish college, he felt the pressure to excel and was motivated to succeed. He had the academic record and the law firm experience that made applying to law school a natural next step.

Although he majored in sociology, Jay believes that the drama and theater classes he took at The College of Wooster were key in pointing him toward a career that depended on public speaking. To be a successful trial lawyer, an attorney needs to be able to tell a client’s story effectively to the people on a jury. Deep down, every trial lawyer is a bit of an actor. Drawing on his experience in theater class helped Jay become the powerful courtroom attorney he is today.

Despite his desire to succeed, law school was not easy. Jay still tells the story of trying to read an old case before his very first class – Property – with the Notre Dame-Michigan game on in the background. When the game ended three hours later, he had absolutely no idea what the case – Johnson v. Mintosh – was about. Moreover, he can’t remember who won the game. At that point, he believed that he had absolutely no chance of succeeding in law school. And he still hates that case.

Like most successful lawyers, Jay did not emerge from law school a fully minted personal injury attorney. His experience in other areas of the legal profession contributes to his ability to obtain results for his clients. He has been a judicial staff attorney, a felony prosecutor, a felony criminal defense lawyer, a civil defense attorney and ultimately a civil plaintiffs lawyer, his current role. The common thread in all these jobs is the need to appear in court. Jay says, “To see the practice through the eyes of the court and each litigant’s role has given me the opportunity to understand all perspectives and navigate the legal system to serve the best interests of my clients.”

He did not get where he is by himself. Along the way, he benefited from mentors who added to his knowledge and ability. Although Jay finds it difficult to single out any one person, he does praise retired Summit County prosecutor Fred Zuch, who taught him how to remain calm, anticipate the other side’s actions, build a case through elements and stay true to his own personality.

A Day in the Life

Jay has been at Elk & Elk for 13 years and is a partner focusing on medical malpractice. The firm is a midsized family law firm founded by brothers Art and Dave Elk and has grown to be one of the largest personal injury and medical malpractice firms in the state. Elk & Elk is known for being a good corporate citizen, underwriting free air time for a variety of charitable organizations in Cleveland and beyond.

When potential clients first come into the office to talk with Jay about a case, they hardly ever articulate a desire to use their injury or an injury to a child as a means to make money. Rather, they are there because they are overwhelmed with bills or the stress of caring for a sick child and don’t know what to do. In most instances, becoming involved in the legal system and filing a lawsuit are the last resort. Jay says, “Most clients introduce themselves by saying, ‘I’m not the type to sue,’ and I believe them.”

According to Jay, clients usually have two questions when they first talk with him about their medical malpractice cases. The first is whether there is any way to figure out what really happened during surgery, in the hospital or while taking a certain medication and whether that caused the injury, illness or death at the heart of their case. The second thing clients want to know is whether there is any remedy for what happened. Many of Jay’s clients have children who are neurologically impaired as a result of health care provider errors. These parents are frightened about the future and how they will take care of and provide for their child. Most clients are people with ordinary means who have been forced into extraordinary situations that were not their fault.

Jay has had some interesting and challenging cases in his 13 years in the medical malpractice plaintiffs arena. One that was particularly fascinating was a birth injury case involving a twin delivery. The parents had seen two other lawyers who had turned them down before they came to Elk & Elk. The case review revealed twin-twin transfusion syndrome, which is a complication of placental blood vessel growth when two or more fetuses share a single placenta. It was fairly obvious, but had been missed not only by the other two lawyers, but also by care providers during fetal tracings. For Jay, mastering the medical issues and being able to secure the resources the family needs to care for one twin with cerebral palsy was incredibly satisfying.

Another challenging case involved a child who was left a quadriplegic from a catheter misplacement. The medical and legal questions required understanding the mechanism of misplacement, the need for safety redundancies during this type of procedure and other medical issues that were fascinating to Jay. The case required 77 depositions from experts and specialists throughout the United States.

Some cases result in bonds that go beyond the attorney-client relationship. Jay had one client who called weekly for updates for two years and has now become a friend, even though Jay is a Browns fan and the client roots for the Steelers. It was very rewarding when the jury returned a verdict for the man’s daughter after so long. When the verdict was announced, Jay gave the client a big hug and whispered a little Browns cheer in the man’s ear. They have been arguing about football ever since.

Cases that are sound, but do not result in a plaintiff’s verdict or settlement are especially hard for Jay, although he says that doesn’t happen often because Elk & Elk is selective in the cases it takes. Still, he finds it difficult to let go of such cases because clients don’t get a second opportunity to seek a remedy if the court rules for the defense. He says it feels like a personal failure, even though clients are universally grateful for his efforts.

Being an attorney in a midsized personal injury law firm involves more than meeting with clients and trying cases. Jay has used his knowledge and experience to provide workshops for health care providers on how to avoid medical malpractice lawsuits. “It is better to prevent an injury altogether than to file a lawsuit after the fact,” he says. Jay has great respect for the medical profession, but believes that errors by doctors, nurses and technicians can have a far greater impact on people’s lives than mistakes by other professionals.

His classes cover subjects such as fetal monitoring, gynecology, placental pathology and other medicolegal issues. Not only does he help medical providers improve their abilities to provide care at a higher level and reduce the possibility of injuries to patients, but he also enhances his own knowledge of the most current standards of medical practice. Preparing for these workshops tests his ability to discuss such issues with industry leaders – people who could be called to testify for the defense. It also exposes him to experts who might act as consultants on future cases. Jay has also written for publication on these topics, and has chapters in textbooks and articles in professional journals.

He believes that his success as an attorney is based on honest answers and hard work. Rules that he follows include:

Jay’s sister recently joined Elk & Elk. It’s her first job as an attorney, and Jay says that he enjoys having daily interaction with her as an adult and colleague. He also says that she is much more intelligent and insightful than he; it’s great when people think they are alike.

When thinking about the practice of personal injury law in the future, Jay has mixed emotions because he thinks that the general public has a completely incorrect understanding of the legal system. Personal injury law and lawyers have become political hot buttons that polarize people. Few understand that the system is based on theories of checks and balances for government and wrongs and remedies for individuals. He is not optimistic that this will change anytime soon.

It’s Not All About the Law

When asked if he plans to retire someday, Jay notes that his area of the law is highly competitive and requires an outlay of energy that would be hard to sustain forever. When thinking about retirement, which is many years away, he speculates that he might like to teach at the college or law school level. His record of writing and teaching seminars would help him reach that goal.

For the moment, however, Jay works hard to balance the demands of his professional life with his family life. He has four children and has managed to attend almost all their performances and sporting events. He says that even more satisfying than watching them during events is the opportunity to spend time with them one on one in the car.

His type of legal practice has its slow times. This allows Jay some flexibility that makes up for the significant involvement required when a case demands his exclusive focus. Although he admits he is not good about taking single days off, he loves vacationing at spring break and during the summer. And he and his family sometimes go to out-of-state legal conferences that allow him to mix work and fun.

In addition to watching his kids play sports, Jay has been a youth coach. He follows the Cavaliers as well as the Browns and until recently played basketball himself year-round. Because he reads so much for work, he doesn’t read much for pleasure except when on vacation and then leans toward history and historical fiction.

Jay has some advice for young lawyers or those contemplating law school: Listen more than you speak, and know that every time you interact with anyone, that person is a potential future employer or client. Most job opportunities are the result of how you carry yourself and treat others in the field. It’s counsel that has served him well. Read about some of Jay’s cases and results.